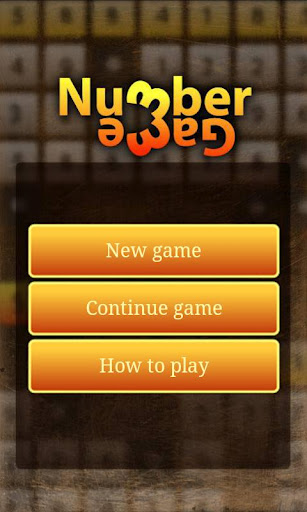 As its creators claim, the Number Game is probably the most addictive puzzle and brain game for Android, next only to Sudoku. The number game is based on logic that is as simple and straight as the name of the game itself; players have to clear the game field comprising of all numbers. The Number Game is considered to be the Android version of the paper and pen game Sudoku. Number games have always been a hit among all ages and groups of people and they often involve application of logic and quick mental calculation, game aspects that are liked by many. With an increasing number of consumers using Android based devices, it has indeed become the need of time to introduce number games exclusive for use with the Android. The Number Game from Aplefly is based on plain logic where players have to clear all numbers in the game field. Numbers can only be cleared in pairs, and they can be removed if they are next to each other and add or match to ten. For example, matching a square with the number three in it with another box containing the same number will clear the field. You can also match a box with number 4 in it with another one containing six, to add up to a total of ten.  The app requires Android 1.5 and up, and installs in a few easy steps. As with every other application, the Number Game also has a few minor aspects that are in need of improvement. For instance, the game does not have an Undo or Back option that lets users delete a previous move. To achieve this, the game has to be only restarted. Adding more difficulty levels will make the game more interesting and challenging. Larger numbers or time limits for example, will provide scope for competition and prompt players to advance level by level.

The Number Game seems to be occupying a top position in the number game category for Androids. It is addictive, fun, and a good means to apply your logical thinking skills unrestrainedly, all from your Android itself!