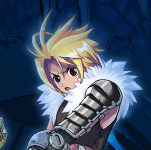 Android has become very popular in the past two years and even managed to take away some market share from Apple, which was earlier thought to be the ultimate leader. Thanks to this, some top game developers finally paid attention to Android and started making games for it. Now the Google Play store has hundreds of cool games in every genre, including the RPG (role-playing game), which is my personal favourite.

If you also love RPG games and want to play them not only on your PC, but on your Android phone, too, have a look at this list of the top 5 RPG’s we’ve collected; these are the best ones we’ve seen so far.

Zenonia is a classic action RPG that has everything the genre requires – an interesting character development with 3 character classes to choose from (warrior, paladin and assassin), a storyline with many interesting quests, a huge number of enchantable items and much more. The game has day/night cycle just like many PC RPG’s and strategy games, plus there are good and evil storylines you can follow (a bit similar to what we saw in Neverwinter Nights). And what makes this game unique is the hunger/weight system – you won’t find this in many RPG’s.

The Zenonia series include 4 games, and they’re all available for download in the Google Play store – 1, 2, 3 and 4. The first two parts cost $0.99 and the last two can be downloaded for free.

This free gamehas placed second in 2011 Best App Ever Awards and was later selected as Google Play’s Featured Game of August 2011. It doesn’t have shocking graphics like the newest RPG’s for the PC, but it can still offer you many enjoyable hours of gameplay.

Inotia3: Children of Carnia has more than 130 maps, 230 quests, abreathtaking storyline and well-designed mechanics. What else would you expect from a mobile RPG?

Unlike the first two RPG’sfor Android mobile phones, Star Traders is a sci-fi game set in space. You’ll have to command a spaceship, trying to avoid the dangers coming from outside the ship; you’ll also have to manage your crew and resources, which won’t be as easy as it sounds. The game offers 5 different skills, 36 ship improvements and much more – all for $1.99 via Google Play. If you love games like Mass Effect, you’ll definitely love this one, too. Graphics is really simple, of course, unlike the same Mass Effect, but it doesn’t really make this game worse.

CyberKnightsis a post-apocalypse RPG with graphics like what we saw in the first Fallout many years ago. According to the game plot, in 2017 some mega corporations have taken control over the world, and as a Cyber Knight, you’ll have to do some dirty work for them and stay alive in the post-apocalyptic world. The game has more than 500 locations, 20,000 battle combinations and a very interesting storyline. With better graphics it could have made a perfect RPG for PCs, but still, it looks quite good on mobile phones, too.

Google Play offers two versions of the game – one comes for free, and the elite versionis sold for $1.99.

And finally, if you like 8-bit graphics, Gurk is your game of choice! You can gather a party of 3 characters, go through 24 different levels and find 44 objects – it’ll be fun! Doesn’t sound good enough? Well, you still have to try this game to find out why it has collected so many good reviews on Google Play. It’s free and is only 100KB, so don’t miss it!