Dragon Kingdom (en) – Your Kingdom in Your Hands 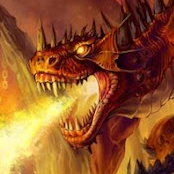 Dragon Kingdom (en) – Your Kingdom in Your Hands

Though the title reminds of a brutal fight against the dragons to save the mankind, it is just the start-up to follow the pattern and the story takes a different turn just after that. The story starts with a battle between the dragons and your race with the dragons ending on the winning side. Then the next generation is sent to discover the world and make their own. The game we are talking about is the first attempt of the developers, X6 Game and must say that they have done a handful job to start with. Dragon Kingdom(en) is a combination of simulation, tycoon and RPG gaming and offers so much that sometimes it becomes difficult to cater all of them at the same time. Let’s see how you handle it! Being it a strategy game, your aim is to build your empire of islands as the time passes. When you first start the game, you are introduced to an empty beautiful island without any buildings or people. But soon after you start the work, you get busier and the place gets more crowded as well. You have people going around with sea birds flying in the sky and fishes kissing the sea surface. Your resources also reside in the water.

Though there are a lot of controls and you might get hassled up with a lot of items on the screen, it is very easy to work on the island. Just tap on the spot you want to work on and choose what you want to do. Besides working on the buildings and harvesting timber and ore, you’ll also be creating and developing your army to send it on missions in battles against your friends and other players around the globe. The more battles you win, the bigger is your empire of islands. The graphics of the game are the best in the business compared to any other similar game. There are minute details of everything that your naked eyes might ignore but not the developers. The real-life mechanics of the game also enhances the gaming experience. But the biggest disappointment was the sound, which was way below par as expected from such a high-end game. There are three different themes to be used during different parts of the game including the main menu and the battle. Other than that, there is no characteristic sound for the different tasks you perform. Being such a long and continuous platform for the user to develop, it is a big backdrop of the game. The game is available for free in the Play store which is a huge gift for the simulation gaming fans. You can register for the game or login with your Facebook account. You can also post direct scores, pictures on Facebook from the game itself. But it is to be noted that the app is not available on all the android devices, rather a few selected ones only.

Overall, the game is just perfect, excluding the music. The graphics are better than expected and with a no. of tutorials on the start-up; most of the confusing issues automatically get sorted up. So, if you still haven’t tried your hand-on, go for this ultimate gaming experience before you miss it out.