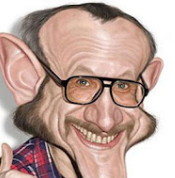 Caricature Me – Photo Deformer – An app that turns you into an accomplished caricature artist
Caricature Me developed by STOIK is a novel fun app that allows you to create funny images of people you know. It is a complete graphical app that guarantees 100% happiness and smiles on you near and dear ones. It is very handy especially if you are an event manager who does a lot of parties. What really stuns me is that for such a simple concept, the functionalities of the app are just too many. Not only will you be able to deform the photos, but you will also be able to create short videos transforming a photo from its original to the caricature that we create. This super app is not limited to just general photos but also with personal photos clicked on your own. So the next time you are caught up by a bully, give it back by clicking the bully’s picture and deforming it. But on a wonder-struck note, let us look at the highlights of this app. When you enter the app you have two sample photos along with three icons in the bottom that allows you to select a picture from either your smart phone or facebook or click a picture of the person in front of you right there. Once you select your photo, you can start working on it. Caricature Me is an awesome app that gives us a wonderful feeling. Previously, to create such photos, one would have to be proficient in photoshop and similar software. To bring such complex creation ability into a simple touch screen enabled smart phone app is a commendable feat achieved by STOIK. The user is spared the exercise of reading the detailed manuals of other photo manipulation software when all the user wants to do is just create a caricature. A must-try-it-out for all people especially those whose wish to be caricature artists!