Start Splitter 3D : Launch Yourself To Your First Universal Trip 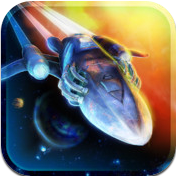 It must be fantasizing for you to look up the sky and just imagine about what will be there beyond the reach of your eyes. We can see sun, moon and stars but they are just a drop of the sea. There is plenty more to glare our eyes but everyone is not luckiest and wisest enough as a NASA astronaut to be a part of their space mission and travel beyond the boundaries of our atmosphere. So what if you have no chance for now to meet the title, let us take you on a journey to the corners of the universe which are still unvisited even by them astronomical geeks! We are talking about the new iOS app, Star Splitter 3D that has been developed by StepGames. The app is compatible with iPhone, iPod touch and iPad, optimized for iPhone 5 and requires iOS 5.0 or later version. To be more specific, the app is a shooing game where you have to shoot down your enemies, collect points and upgrade your ship and weapons. But certainly it must have got something that the Android app was released for the iOS market as well. Let’s find out what it is! In the game, you are playing the role of an intergalactic pilot who is on a journey to explore the universe. On the way, you encounter many constellations, galaxies, asteroids and enemies as well who will be natives of other planets and galaxies willing to finish your journey right at the spot. You will be given many missions by Space organizations such as to invade any planet, galaxy or something like that counting over 60 in total. The more points you earn, better is the upgrade you can afford for your weapons and spaceship. Obviously, if you are not able to copy the same, go spend some real money and buy those points via in-app purchases. One of the standout points of the app is its graphics and animations. They were really above the scale compared to any other space shooting game. The animations are eye-catching with some bright stars awaiting your arrival and it was like being a part of a Hollywood sci-fi movie. But there is one big downside of the app. You can control your ship and shooter with the accelerometer or the D pad. But both of them cater for both the ship and the shooter at the same time i.e. you’ll have to move your ship to the position first where you want to shoot; you can’t at two different locations from the same position. This is one of the biggest designing mistakes that must have been taken into account before releasing the game. Even the same problem must have occurred to the Android users. Then, the developers should have corrected it before releasing it in the App Store. Apart from the above mentioned problems, there are some big empty spaces in the game which want you to do nothing but just admire the beauty of nature. The game is available for free in the App Store and you must give it a try at least.