MP3 Chopper : Give Taste to Your Sounds 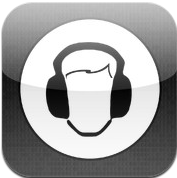 Ringtones when first arrived into the market were one of the best customizable tools available to the user. Now, one not needed to listen to those repetitive sounds again and again. Even any exciting news sounded to be boring with that ringing tone alarming you up. But still something was missing. Most of the songs start with an intro and till the real part starts, you pick up the phone. So, the actual target of introducing the concept was missing. Therefore, soon some ‘song cutting’ computer software came to the market and everything was on the right track with some interesting sounds surfacing the mobile screens. But now when everything is available on your phone, why not this software? That’s why; Red Fox Media came with their brand new product, MP3 Chopper. MP3 Chopper is the new iOS app that has been developed for iPhone, iPod touch and iPad and requires iOS 4.3 or later. The app is an all in one station for all the music customization related problems to be sorted out. No longer do you need to first obtain your desirable sound with the help of computer software and then transfer it to your phone. You can cut, chop and edit your songs with the app. However, there is no ‘join’ feature to combine two separate sounds either directly or edited in the same app, but really ‘not’ necessary for a Ringtone. MP3 Chopper is very easy to use, thanks to its intuitive interface. Just open the file you want to edit and then set the start and end point. When the editing is complete, you can set the ringtone as you do it always. Also, there is a History tab to keep track of all your edited sounds and acts as a backup store as well. Sharing is fun with integrated Facebook and Twitter. The app supports all the major sound formats including MP3, WAV, AAC, MP4 and AMR. So, you don’t need to rush to other apps for a different file. Apart from the traditional chopping fun, you can set an edited sound for each one of your contacts separately so that you may recognize who is calling (if you can remember it though). Also, you can set alerts for alarms, Facebook notifications, text messages and much more. You can assign your own wallpapers to the app background to make it more ‘pleasing’ while you’re working hard. The app is available for free in the App Store. We would not say that the appearance of the app is catchy or awesome to appreciate. But with wallpaper customization features, it still covers up a lot. So, we would recommend the app to everyone. It includes everything from the traditional chopping tools to every customization possible.