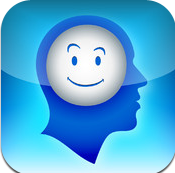 It’s right to say that sometimes words are not enough to express your feelings. I can write to someone that I am happy but it’s only my face that can measure the exact magnitude. That’s why; nowadays people are shifting from the text language to speech and emoticons to express that reality to the truest. Role of emoticons has been very big and you can see one or other in almost each of the lines of a chat. But wouldn’t it be great if you can draw your own emoticons and start a complete new language with your friends. Well the credit is already attached to someone else, named CogniFit. Then why don’t you just join this new revolution and be a part of it! CogniFit MoodCraft is the new iOS app that has been developed by CogniFit MoodCraft. The app is compatible with iPhone, iPod touch and iPad and requires iOS 5.0 or later version. The app has also been optimized for iPhone 5. Cognifit is the same developer who also has another brain testing app running in the App Store and has been doing quite well. But sticking to this one for the moment, we guess that the app can change your mood within seconds. When we say that you’ll be creating moods doesn’t mean that you’ll be sharing jokes with someone and bringing a smile on his/her face. In fact, you’ll be drawing those smiles on some plain faces. The app consists of a drawing tool that’s more correctly an editing tool. You can select between a no. of faces and then select their color. Then you can edit the different parts of your face i.e. eyes, eyebrows, mouth and use some accessory items to give your drawn face that funky and cool look. While some of the accessories are free of cost, for some you may have to take out your credit cards like sunglasses for $0.99. The app has many social features. After creating a face, you may share it with your friends on Facebook. You can even tag your friends if you want that face to be somewhat specific for them. You can also see all the emoticon designs in which you are tagged and see what your friends think of you under the “How do people feel about you” tab.

The app is more like a community for its users. You can follow your friends or other users to see any new emoticon designs uploaded by them. You also have a profile page where you can find all the designs created by you. You can also customize your profile picture and take a new avatar every day. Your timeline shows all the new designs uploaded. Therefore, you never get bored as there is constantly growing new stuff uploaded regularly.

The app is available for free in the App Store. Overall, it’s a nice concept but the utility depends upon the user’s character. If you like sharing such kind of emoticons with your friends and can pass hours doing it, it’s good but there are very limited users with such kind of character. Also, most of those emoticons are available during chatting and now we can even write those symbols and everybody knows what it means. So, though it’s not of much utility, still it’s a good option to share your feelings.