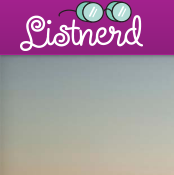 Are you a social freak? Do you like spending most of your time on Facebook while chatting with your friends and changing your wall status every hour? If that’s the case, then you can try one of the new ideas of sharing and socializing your already publicized life; start creating lists. Now, list making seems to be a boring process and how do it becomes a part of social networking must be the biggest question running through your mind. Then, let us take you to the platform of Listnerd.

Listnerd is a social networking website that’s basically specific for ‘list-makers’. But how can list making be fun? Well, that’s the basic idea behind the working of Listnerd. It’s normal for us to check out for the priciest of cars or the richest people living on earth and we want that experience to be as exotic as possible. But who knew that even list-making can be interactive. It’s like a polling criterion where you make lists and ask people to rate all the contenders and decide the winner in that particular category.

The list-making is very simple. Just sign-in with your Facebook or Twitter account and there you have a new account on Listnerd. It’s very easy and fast and you don’t need to remember any more passwords as well. Then, go to “create new list” and a 4 step procedure will appear on the screen. Just decide of whether you want your list to be public or not and give it a catchy name to attract more and more users. When you are done creating the list, you may soon see some votes for the contenders by the members or outsiders as well depending upon the conditions you set.

Now, as we said it to be a social networking website, it does possess a similar interface as that of a mixture of Twitter and Facebook but not exactly. You can find any new lists in the “discover lists” section. Moreover, you can rate the lists, like them, submit comments and share them on Facebook or Twitter. There is a separate competition running around the app. You are ranked against the total users which were about 1139 at the moment when we signed in. You can find it out in your Profile section. But what surprised us was that it ranked us 347 even when we had no votes or likes but had just one random list without any items. It shows that most of the current users are inactive or do not take part in list-making at all.

As we said at the start, it is a time pass app and mostly for social freaks. If you are free enough to create a list for others to vote and then gain points, it’s very much for you. But the idea of socializing list-making didn’t work for us. It’s like an accessory to the current social features found on Facebook and Twitter and nothing more than that. But whatever it offers, it has been done with perfection.