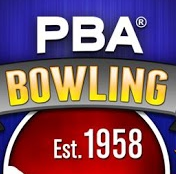 If I ask you to point out one of the most boring games in the world, then probably the most answered game would be Bowling. Of course watching a player repeatedly throwing a ball gently and then striking all the pins isn’t exciting even if it’s a full score. But then there are game lovers as well who spend all their weekends watching those exciting clashes. Then, there must be something that’s missing and I guess that the most important thing is “Interest”. Most of us do not watch the game seriously and just take it to be boring. But if you watch it carefully, then you can imagine how difficult it is to strike even one of them pins. I am talking about the Android app, PBA® Bowling Challenge that has been developed by Concrete Software. The app is compatible with all the devices running 2.3 or later version. It is a bowling app which takes you to the real stage and asks you to pin down the maximum you can. My first reaction after using the app was very good and I guess that it stays to the point of writing this review. The app consists of two different modes: quick game and career. Quick game can be considered for practice because you need to hone your skills before you can participate in a tournament. The career mode is more like the game plan of Need for Speed. First, you have some matches against average players. Then, you enter a tournament and play against one of the top players in the world right now. If you emerge out as the winner, you get points as well as golden pin credits sometimes. The stand out point of the game was obviously its awesome graphics. May be it was the factor that distinguishes it from the rest of the similar games. You could feel the polished surface right in front of you to slide the ball upon.  Place the ball in the lane and then to initiate the movement of the ball, just slide the ball with your finger. The spin of the ball can be controlled by tilting the phone device. I said something about the golden pin credits. But what it’s actually used for? They are used to unlock new balls. Yes, there are 30 different balls in total depending upon weight, spin and other factors. You have to unlock the new ones either via in-app purchases or using your gained points. Other than that, you can compare your scores on leader boards to match against the standard set by your friends and other players. You can also post your results on Facebook and Twitter.

PBA® Bowling Challenge is available for free in the App Store. I still can’t figure out of how this game is available for free. This one deserves a cost. But if it is, then it’s my duty to ask you to grab this one now or else, wait for the next robinhood to be donating these kinds of expensive games for free.