Ktalu: Planet of Terror – How Brave You Are 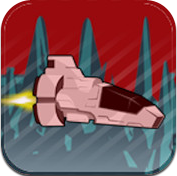 We all know that most of the natural resources are non-replenish able. This is the foremost reason that all the governments are heading for sustainable development because they know the cost of their steps ahead taken in the wrong direction. But it’s not easy and as difficult to be opted as finding the crux behind the control of fusion reaction. Now take that for granted that scientists have found a planet in our close vicinity that contains all those resources and minerals that we were looking for hundreds of years. What will be your first reaction apart from amusement? You will immediately launch the spaceships to take that treasure back home. But you are not alone and there are many other spaceships from other planets looking for the same. Now, you can’t go back empty-handed and fighting them isn’t the best of the choices. What will you do? I am talking about the new iOS app, Ktalu: Planet of Terror that has been developed by West of Pluto Software, maybe a debut for the developer. The app is compatible with iPhone, iPod touch and iPad and with all the devices running iOS 4.3 or later version of the OS. Also, the app has been optimized for iPhone 5. This is basically a shooting app but with a plot running in the backyard. So, it’s more like you’re standing in the middle and the story revolving around you. As you march with your spaceship, you’ll encounter many alien spaceships aiming at you. But the real part of the game is not just shooting them and breaking them into pieces. You may even ignore them and save yourself first. The second important thing that you need to take care of is that you may take all the minerals in the journey. The more you take, the more your bankroll increases and easier it will be for you to upgrade your spaceship. Yes, you can upgrade your spaceship loaded with better and more dangerous weapons. But if you find it difficult to collect enough minerals to afford the new ships, you may do it via in-app purchases. There are some in-app purchases worth $0.99 to $4.99 for different packages. It all depends upon your need and how much can you collect yourselves or if you want to even try or not.

While everything else runs best, I had some issues with the graphics. I don’t know whether it was deliberate or not, but the graphics were a bit too old fashioned, something that we used to find in video games in the past. But it presents a nice blend of different styles and I appreciate that. It’s just that there might not be many agreeing with me.

The app is available for free in the App Store. So, there is no harm in going and checking it out.I would highly recommend it to everyone.