Ways to Protect a Smartphone Investment 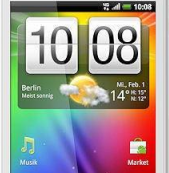 Buying a cell phone isn’t just a quick or inexpensive thing these days. It was never cheap, but with the advances in technology and the creation of Smart phones, they are more like miniature computers than just a phone. That technology is expensive and an investment for a lot of people. Therefore, one needs to protect that investment in order to ensure it lasts as long as possible and works correctly for the intended purpose when it was purchased. There are some easy and specific ways in which a phone can be cared for so it does last a long time.

The phone usually comes by itself when purchased; however, there are a lot of accessories that can be added on to save the investment. There are screen covers, which keep the glass from getting scratched. Even though fingers touch the screen, there could be dirt on them that scratches. The phone could also be placed in a pocket or a purse that has something else in it that scratches the surface without the user even knowing. There are also covers that go over the body of the phone to keep the scratches off but to prevent damage if it happens to fall. A plastic or a thick cover can absorb some of the impact from a fall, keeping the phone from being damaged or damaged as much as if it didn’t have one.

In the case a phone does get damaged, there are ways to save money on the repairs. Buying insurance for an iPhone can lower the amount of the repair bill. Insurance is paid with a monthly premium, therefore only a deductible has to be met, if there is one, and the rest of the repair will be covered under the insurance policy. There are various levels of insurance plans that can be taken out, so investigate all of the options and get the one that will work the best for your own situation. Insurance plans are usually take out with the store where the cell phone is purchased, but they can also be taken out with stand alone stores or other places where insurance coverage is offered.

Utilize Caution with Other Users

The crying and whining child in the backseat of the car is not pleasant to drive with, so handing over the cell phone so they can play a game seems like a good way to keep them entertained. However, think about it for a minute. They were just handed a technology device that costs several hundreds of dollars and could put your communication methods out of whack for days if something were to happen to it. Not every child will destroy a phone when it is placed in their hands, but you might want to use caution when handing it over. Set ground rules so they know the expectation is to care for it, because it does cost a lot of money to fix or replace.