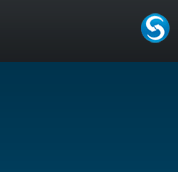 Web Service Security, or WSS for short, is a protocol that specifies how to enforce security over multiple forms of message communication. For those who are not as up to speed on the background workings of the internet, WSS is what keeps your messages safe from people who could use the information in them to commit crimes or otherwise cause problems. There are multiple methods in place over most systems to ensure that the information that you are getting and sending remains secured. These methods range from data encryption to simple CAPTCHA images. Below are some of the basics involved in WSS and what they do.

Similar to the way that people can legally bind you to your signature, this element can bind a message to a certain source. The digital signature is a mathematical distribution that is used to authenticate a message. For example, most business emails tend to have a signature element in place to assure the security of the information being passed along. The element also adds security in case business arrangements go wrong as once the message is sent, there is a digital ″paper trail″ proving that it was sent and received. In code, the signature element begins where you see ″<signature>″ in your code. This element includes pre-defined security tokens as additional protection.

″Prove you’re human″ is something that you’ve likely seen more than once while we are browsing the web. Called a CAPTCHA, this is one way that websites limit the number of spam (gibberish or advertisement messages) that come through to their user base. Typically the CAPTCHA requires you to answer a question, repeat a set of digits, or complete a message to make a user account. These steps are made to stop what are known as bots, or automated user accounts. Many times hackers or advertisement people will run programs that can make hundreds to thousands of dummy accounts. These accounts only post gibberish, viruses, or unwanted advertisement. By using typical web service security methods like CAPTCHA most sites cut down on this traffic considerably.

Watch a spy movie long enough and you will have one character talk about fighting through some encryption so they can access data. This process has roots back in the time of over the air information transfers. Because of the way that wired communications happened in the past, the information had to be scrambled or encoded. Even to this day, the government employs professional code crackers whose job is to figure out what the messages that the enemy are passing say. In the digital world, encryption does the same thing as encoding. It scrambles the message so that only the people who are supposed to get the information can easily read it. You’ll see a message at the bottom of some emails that you get, informing you that this process has taken place.

There are many other security methods that are in place in the digital world. Some, like the CAPTCHA are obvious to you and are commonly seen in every day use. Other things, like signature elements are part of the code that hides in the background of pages. WSS is evolving at a continuous rate in efforts to keep user’s data secure and insure the integrity of information that is shared.