PuzzleFace : Let the World Know, How Quick You Are ! 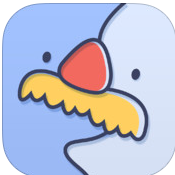 Feeling bored? Want to try some puzzles to give your brain a test for the time being? But there aren’t any new puzzles in the market and what if you’ve already tries all the old ones! I’m bored solving all those numbers again and again and exercising my brain for nothing. I want to try something new and fresh that’ll give me a test for each correct answer but will also make me feel happy. I don’t want to end up scratching my head and pulling my hairs. Also, there are so many friends on Facebook. So if i can find something that I can share with them and play for hours, it would be amazing. If you have some similar desires as me, then get ready for the action! I am talking about the new iOS app called PuzzleFace. The app has been developed by Planet of the Apps Ltd. The app is compatible with iPhone, iPod touch and iPad and requires iOS 6.0 or any later version of the OS. The app has also been optimized for iPhone 5.

There is so much in PuzzleFace for each fan of puzzles that it will puzzle you up for a moment! You have to guess the celebrity by taking a look at his/her picture. But the game is not as simple as that. The images will be blurred at the starting and can represent anything from a Hollywood celebrity to a reptile in the waters of Alaska. There are more than 2,500 images and more than 10000 in total based on them. Also, all the time you’ll be playing against a player which can be another random user of the game or you can invite your friends from Facebook and challenge them. While guessing a picture, you have to make sure that you take minimum of time. The image which is blurred at the start will slowly start to clear up and the faster you guess, the more are your chances to win. For each win, you’ll get coins which will add to your account. Now, there are many rounds of gameplay with different themes. But all puzzles are not available for play at the start. The coins you earn can be used by you to unlock new themes and puzzles. However, if you’re unable to win and your beginner’s luck doesn’t work, you can buy coins from in-app purchases. Also, you can use 1 lifeline for each round. A life-line is like a power using which you can either delete two of the wrong options, increase your time or reduce the blur. You can buy more of these powers using coins from the shop.

The app is available for free in the App Store and has already been joined by many users across the world. So just get in and start puzzling!

Pros: lots of features such as in-game powers, multiplayer, thousands of images and puzzles; free.