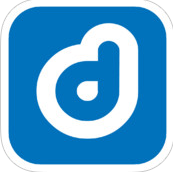 Twitter is probably the biggest micro-blogging website and the user base it shares approximates to the combined population of Europe. So if you’re not using Twitter, then it’s very right to say that you belong to a minority. It is the only place where you can meet all your favourite celebrities at the same time and share your day to day events. While there are some hardcore Twitter fans who hardly miss a single update on their account and are more dedicated to Twitter than the owners themselves, many of us have signed up for Twitter just to make sure that we don’t miss the latest trend and hardly check our account. So when we open our account, it’s like the dam breaks and a flood of updates flows into our screen. To avoid such situations, we have a new iOS app which serves many purposes. I am talking about the latest iOS app called Driplr that has been developed by Luca Mauri. The app is compatible with iPhone, iPod touch and iPad and requires iOS 7.0 or any later version of the OS. The app has also been optimized for iPhone 5.

Driplr updates your timeline without you logging into your account and shows the latest tweets on your timeline. So even if you’re not operating your account regularly, you won’t be burdened with hundreds of unread tweets when you do so. But the main problem with so many tweets together is that on a mobile platform, it becomes very difficult to check them one by one and you end up with your thumb in your mouth. That’s where Driplr has done a very good job. They have a unique feature called Face recognition using which you won’t have to scroll down the tweets. Just dock your phone or place it in front of your face and read the tweets one by one hands-free. Another interesting feature is that you can mute any of your friends without unfollowing him/her. So if someone has started acting in a weird manner and you know he’ll continue to do the same due to football fever, it’s better to mute him for the time being and skip his tweets.

The UI of the app is even better than the original Twitter mobile app for which this one has been designed. You can read your tweets without scrolling and you can sort them in many different ways such as from the oldest to most recent or from most number of tweets to minimum. Multiple accounts are also allowed.

Overall, this app is better than what I had thought of it and it’s not only for those who open their accounts in weeks, but if you’re tired of scrolling your screen for the tweets, this app will give you some fresh air to breathe. It’s available for just under a dollar and there is every reason for you to download this app.