Zombies and Guns- Shoot those Knuckleheads Down ! 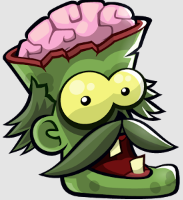 You must have watched movies like Zombieland, Resident Evil, etc where the complete town turns into the land of the undead. Then there comes a hero with a big sniper and shoots all of them down to the ground. It’s really exciting to watch that “only human” saving his race and showing off his/her brave skills with a raw expression of fearlessness. You ever thought of doing that character in real life? Of course, you don’t want your town to be one of them but you can certainly enjoy the thrill and live action when Zombies and Guns is there! I am talking about the latest Android app called Zombies and Guns that has been developed by Inlogic Games. They have many more apps in the store by now such as Old School Racing, Sudoku Temple, Farm Rescue, etc and this one is another piece of high-end designing. The app is compatible with all the Android devices running Android 2.2 or any later version of the OS. This is a multi-level game with each level going more and more difficult to clear. Initially, you just have a stick to hit the zombies and kill them and it takes about two to three attempts to kill them. Also there is more risk due to the closeness from which you are hitting it and it can also attack you. But as you earn some coins, you can buy new weapons such as axe, guns, bombs, etc and there are 3 upgrades available for each weapon as well. So there’s a lot more to shop if you have enough money to spend.

There are many boss levels as well where a big zombie comes and you have to fight it. It’s very difficult to cope with the boss as well as other zombies at the same time. So what you can do is hire a local hero and he will take care of half of them. There are 40 achievements to unlock and with various types of zombies on your gun point, boredom is seldom here. The controls of Zombies and Guns are very simple. There are two buttons to move the hero left or right and one button to hold and shoot. But the main reason that I will ask you to download this app is because of its graphics. They are so brilliant with the cartoon theme working perfectly. The main character of hero has been given a rough & tough look with a cowboy hat and a pipe in his mouth. Then there are many different zombies each with a unique sense of fashion. The background makes you think of a deserted suburban area just like what you see in such a movie. The soundtrack is a little bit scary and works very well with the overall theme.

The app is available for free in the App Store. However, there are many in-app purchases available as well. So go and check out this app now. It’s really amazing and a real time killer!