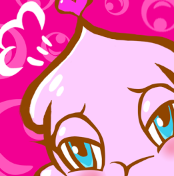 Action games with a story behind are always quite interesting to play as you have a mission to complete and it is not an endless run. You are going to achieve something at the end of a game and when the visual of the game is good enough there is nothing else to ask for. IKARIN Flying is one such action game which is new on the play store and it is available for android users for free. Here, you will play with a squid girl, IKARIN and help her to save her friends from the UFOs. IKARIN Flying, presented by MasakariGames was released on 8th of May 2014 and many people have loved this game a lot. In the game, an UFO has kidnapped all the friends of IKARIN and she charges up with anger to get them freed from the UFO. Her journey is not easy enough as she will face obstacles and her anger may decrease from time to time. She has to be charged up all the times and rescue her friends. Some of the rescue mission is going to be quite tough for her, but with your help she would surely complete the mission. The game’s fate depends on your fingertip as that is the only control of the game. There is not much buttons and no fussy game play included in the app. There are certain features though which requires mention. Summary: IKARIN Flying is a fun action game with a story. The game requires you to fly as high as possible and rescue friends from the UFOs and at the same time destroy the UFOs.

Good: The game graphics is quite beautiful and the concept is interesting too.

Bad: There is nothing bad reported about the game yet.