Sleepwalker Time to Wake Up : A Way in the Dark 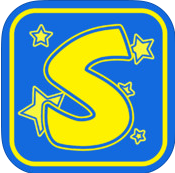 Sleepwalking is a natural phenomenon which can happen to anybody. It’s a disorder that can be seen in children and adults as well. Though there is nothing unnatural or supernatural linked with it, it’s one of the hottest topics to be picked up by any horror flick writer. First, it all happens in dark. Second, the person himself doesn’t know what he’s doing. Last but not the least, the journey never completes and the sleepwalker awakes right outside his/her house. These situations are always full of terror and the build up itself is very intriguing. Let’s use this situation once more but this time you’re going to be a part of it. You’re not going to sleepwalk yourself but you’ll be guiding some other person on his journey. So are you ready? I am talking about the latest iOS app called Sleepwalker Time to Wake Up that has been developed by Dariusz Mazur. The app is compatible with iPhone, iPod touch and iPad and requires iOS 7.0 or any later version of the OS. This app has also been optimized for iPhone 5.

The mission of this game is very simple: you have to guide the sleepwalker starting from his bed and take him to a point where he finally wakes up. But the journey won’t be as simple as I described it in the last five seconds and you know that. You might know that when you’re sleepwalking, your mind is in a sub-conscious state. So your eyes are open and you can see things but you don’t exactly know what you’re doing. You have to use this subconscious state as it’s the only way you can communicate with the sleepwalker. The graphics of this app are very good. They are bright, sharp and decent. There are total of 40 levels of gameplay: 20 in the house and 20 in Castle. Well, my favourites are those of the Castle because it’s an altogether different story when you’re sleepwalking in a big castle in a dark night. The situation itself is enough to give you Goosebumps. But more than horror, this game is about strategy. You may find many games that are solely based on the terror of sleepwalking, but I like the fact that the developer has not just limited himself to the original concept but gone beyond to try something new. However, I do think that this game can be a lot better if the concept of sleepwalking and its rules are followed.

The app is available for $2.99 in the App Store. Make sure you check it out at the earliest!