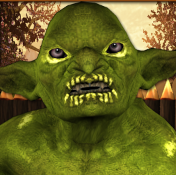 Robin Hood was a hero, warrior, kind-hearted soul who fought for the poor. It was not his great archery skills that made him what he was. You cannot expect an Olympian Shooter to fight for your country and be a soldier in the army as well. There are qualities like Leadership and Courage that enable a person to take further steps in that direction. Robin Hood was one such person with an aim much more than his bow and arrow ever had. He saved his people and brought them out of the longing misery by the aristocrats of the society. We have a kind of similar situation here in the backdrop of a game. There are some villages under the threat of monsters that are raiding them for money and blood. Our heroes are also in search of Gold and are ready to help them for Gold coins in prize money. So are you Game?

The app I’ve referred above is Three Defenders that has been developed by Solid Games Studio. The app is compatible with all the devices running Android 4.0 or any later version of the OS.

Actually, there are three heroes that we’re talking about but you can choose only one of them to save the villages. The three heroes known as Three Defenders are Ranger, Mage and Engineer. All of them have different abilities and skills and therefore you must choose them accordingly. The Ranger is a perfect example of Robin Hood as he’s a great archer and that’s how he keeps the beasts away from the village. The beasts come in waves and therefore you’ll have to be quick and accurate as well. The accuracy of the arrows and their power will improve with time. So as you pick up initially, you’ll certainly be getting more and more rewards afterwards. The Mage is a magician and uses his spells to counter the monsters. But he can use only four spells at a time and therefore, you must design a fool proof strategy first before choosing the spells. You’ll get upgrades later and new spells will be unlocked but the selections will still be the same in number. But when the fireballs rain from the sky, you know they are enough!

Then we have the Engineer. If you think of him as an intelligent student passed out from Howards dressed in formals for his first day at the job, rethink! He’s a small hulky creature that looks more like a born-fighter. His weapons are turrets and if you don’t know what a turret is, it’s actually a multi-tool machine. So you can use multiple weapons at the same time for shooting the monsters. The graphics of the game are awesome. Be it any of the defenders, the scene is always fierce and full of force. It looks like a bloody massacre is about to happen when the wave of monsters comes. Then there’s a fear as well whether the defender will be able to hold his ground or not. There are 58 levels to complete against 31 different monsters. There are 6 unique environments as well. So do you think you can do it?

The app is available as a free demo as well as there’s a paid full version for Rs. 88.88. Choice is yours!