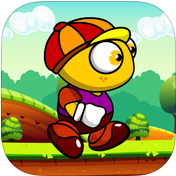 Today the lavish lifestyle of the people is calculated on basis of expensive phones and gadgets. In the race of expensive brands, iPhones are on the top of list. These phones possess best and advanced features, which are latest and according to the modern generation. Apart from the features, they also offer lots and lots of applications and games. These applications are the best means of receiving daily updates and the games are the best entertainers. However, today the iPhone users are going crazy for a game that is built particularly for the iPhones. This ultimate game is Jump Ozy. Jump Ozy is a run and jump type of game where the player has to collect coins while running around attractive landscapes. There are also many power ups, which let Ozy fly in the helicopter. Ozy is the character of the game. Other than this, the speed factor of the game is also remarkable where the speed increases with the number of coins collected by the player. There are pop-up ads or iAds, which appear on the gaming screen after the game, gets over. After a certain high score, the name appears on the leaderboard that is an additional feature that is added to the game. Along with these features, there are social media, which are attached with the game, and by using these icons, the player can directly tweet or post a status on the Facebook. The features of the game are delightful and so is the gameplay. The players have to provide a single tap on the gaming screen to make Ozy jump. Once this is done, the game will start marching forward. There are many challenging events in the game, which are adventurous and can cause harm to Ozy. In order to escape these situations there are the power ups which save the life of Ozy and keep it protected for 5 seconds. These powers also help in fighting the enemies in the game. The game is loaded with superb music track so it is an extra offer for the player can hear the music and play the game side by side. The beautiful sceneries provide calming effect to the eyes. There are many other features, which can be explored by the player after playing the full version game of Jump Ozy. The other options like social networking connectivity and leaderboard are the best platform of accessing them from a single place and in a hassle free manner. Jump Ozy game is a game that can be enjoyed by the all the age groups. The young and old can compete with each other and can test their skills with the help of this game. The families can also involve in the game and can have lots of fun on the weekend, as it is the best pass time. The game may require net connection and the data charges may also apply. The game has all the features that are required by the players and it is easy to get familiar with it and is purely an entertainment package for those who love play games on their mobile phones.