Tilt the Gaps: The Endless Tunnel 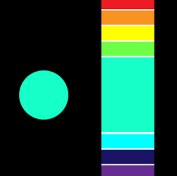 I reckon there are two types of puzzles: one that’s easy to play but hard to master and the other which is hard to pick on for the first time and easier to give up. Both have a good share of fan-base but today we’re going to talk about a new game called “Tilt the Gaps” that’s a mixture of both. Tilt the Gaps has been developed by Benyam Ephrem. The app is compatible with all the devices running Android 4.0 or any later version of the OS. It’s a small file of just around 7MB. So if you push the download button right now, by the time you read this review the game would be ready for you to start playing.

As it’s a well-prepared mixture having traits and qualities of both types of puzzles, it’s challenging on the front but even difficult to master. But you’d never give it up! It’s not a complex equation that you’re solving. But it’s not a simple two-plus-two question even; it’s just the disguise that tricks you and you fall for it each time your game’s over. But what’s the question? Well, you have a ball that you have to make pass through the incoming gaps. The gaps are cut into rectangular walls and if you hit these walls, the game gets you. So as long as you’re crossing the gaps, you’re alive and going good. Tilting the device gets the ball moving and a lot depends upon the angle of tilt. Remember the gaps are not arranged in a straight line but distributed randomly all over the screen space. So you have to tilt the device accordingly. Moreover, the incoming walls start hitting you more and more quickly with time and therefore the gap between walls almost diminishes out and you’re soon following a swift road with strange turns and no end. The interface of the game is minimalistic with absolutely no side-roads that might confuse you on your journey. The game is designed with a motto in mind: keep-it-simple and they’ve executed it to perfection. You start a game, lose it and restart it; this is the cycle that keeps on loop when you’re playing this game. The graphics have been designed with the same theme in mind as that of the interface and therefore you won’t find anything too flashy. But the developer has shown his generosity when it comes to the actual gameplay where lots of colours scattered over a broadband has been used. The animations are quite soothing and smooth and if I forget to tell you about the beautiful music in the background, that’d be a too huge mistake to rectify later.

The game is free to install and play. Yes, it’s ad-supported but they won’t be tickling down your throat every two-seconds and therefore you can live with it. Otherwise, there’s always a second option to remove them via in-app purchases. The choice is yours!