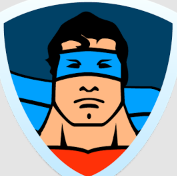 Using public Wi-Fi or open hotspots is generally a risky shot because you most of the times, you don’t know who the sponsor is and if the remote control is in some safe hands or not. These open networks are prone to hackers and with all your private information lying exposed on the table for anyone to look at; you’re just inviting them all on the dinner. So leave apart your financial transactions, even opening your Facebook account sometimes can prove costly. Then there are situations when some specific content is banned in your country (by the way, Google is banned in China!). So you’re a fan of a pop star and you can’t watch his latest music video just because he said some cuss words about a leader of your country whom even you don’t care about. So just give all those problems a push-back and create some space for Vpnster! If you’re all wondering what Vpnster is, then it’s the latest Android app that has been developed by Roibax LLC. The app is compatible with all the devices running Android 4.0 or any later version of the OS. The app has already been downloaded more than 50,000 thousand times. So let’s check out what’s the secret behind its popularity.

Vpnster is a VPN (Virtual Private Network) client that gives you the freedom and right to access any content anywhere in the world risk-free. It employs 256-bit AES encryption algorithm which measures to the same security grade as used by banks. So when you’re accessing internet using Vpnster, all your incoming and outgoing data crosses through this encrypted tunnel and therefore any third-party won’t be able to infiltrate your boundary or listen to your personal talks even if they’ve got their ears glued to the walls. Vpnster keeps your IP information hidden and therefore you’re always an anonymous personality in the party. You can access any website, any restricted content without having to go through the security checkpoints; Vpnster bypasses all of them. So the next time you’re in your college and the firewall has blocked all the major access points, just turn on Vpnster and go through!

How does it work? Well, it’s very simple. You’re just a ‘tap’ away from crossing the bridge. Yes, as I said earlier, just turn-on Vpnster in the app and you’re into a completely new territory; one that crosses all the boundaries and has no limits whatsoever. Vpnster though is a free app to download; it has a monthly-subscription plan for you to enjoy their services. But right now, they’re giving away promo codes in their social communities that can get you a one-month premium subscription for absolutely free. It’s a real good opportunity to test the all-the-talk practically in real-life and believing that it won’t take you more than a mere clicks to verify the truth, the rest of the time is all for fun!