Zeroed Out: Challenging Game for All 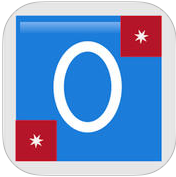 Are you looking for an iPhone game that can not only spark your interest but also stimulate your mind? Well, finding games that are both entertaining and challenging is difficult nowadays. Now, you can cut down the chase and start playing. There’s this new iPhone game app called Zeroed Out that’s been created for you. Introducing Zeroed Out
It is a game of logic where players have to move the red tile from the starting point to the end point. You can navigate the tile by swapping it out with its neighboring tiles. If you are familiar with tile puzzle games then the game’s mechanics should be easy for you to figure out. In case you haven’t played similar puzzle games, you don’t have to worry about it. One look is all it takes for you to start rolling the ball. A Challenging Game
Despite its simple game-play, this can give you the challenge you are looking for. Aside from a puzzle you have to figure out, the game also has a twist. Neighboring tiles of the red tile have numbers. The number in a tile decreases by one when you swap it out with the red tile. Now, you have to make sure that none of the numbers in the tiles that you switch with the red tile should reach zero or you’ll be “Zeroed Out”, which means game-over – now you know how the game got its name. As the game’s level progresses, you’ll be faced with more difficult puzzles.

Visuals and Sound Effects
The game has a simple design which may turn off those who are looking for ground-breaking visual effects. If there’s a good thing about the game’s virtual environment, it would be the sound effects. They provide that liveliness one might look for in a puzzle game. Memory Efficient
If your phone’s memory limitations have been keeping you from playing cool games then the more you should try Zeroed Out. The game doesn’t need that much memory to run and doesn’t consume too much storage space so you can play it without slowing down your phone.

Good for the Mind
Science has proven that puzzle or logic games to be beneficial for the mind. They stimulate various cognitive processes in the mind, which improve problem-solving skills, logic as well as learning skills. Being a puzzle game, Zeroed Out can not only keep you entertained but make you mentally sharper.

Easy Access and Installation
Since Zeroed Out is an iPhone game, you can get and install it without any hassle. Simply connect your Mac device to the Internet, access Apple Store, do a search query using the term “Zeroed Out”, and finally click on install. You can start playing it right away as soon as the installation process is finished.

Even though it may not be the best puzzle game available for Mac devices, Zeroed Out is a must-have for those looking games that not only entertain but also tickle the mind. Despite having a simple gaming environment, it has a challenging game-play that will make you want to play more.