RaceMyFace : Get Rewards for your Selfie ! 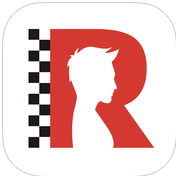 The introduction of smartphones, more so the iPhone has revolutionized not only the way people communicate but also how they capture and share images. The selfie is at the top of this revolution, and a number of apps have been developed to allow for the sharing of these pictures. One of these is the RaceMyFace, which allows this sharing but with a twist. This has prompted the compilation of this review which details all he relevant information regarding the features of this iPhone app. HOW IT WORKS
As mentioned earlier, this is a selfie sharing and contest app. It allows users to upload their selfies and enter them into contests for various prizes against other people’s selfies according to a given theme. They can then vote for their favorite ones as well as invite their friends to vote as well as view the entry. The owner of the selfie with the most votes wins the prize that was on offer. ADDED FEATURES
The app allows for one to filter through the selfies that they would wish to vote for or view. These include the option of either voting for boys only or girls only. Alternatively, one can decide to choose from the top 100 selfies only. This means that the user will be able to view or vote for the selfies which have the highest votes from the top one to the a hundredth.
Another additional feature is the ability to boost your selfies, allowing you to increase the chances of accumulating the most votes and hence winning.

SIZE
Like any other app, RaceMyFace would require a given amount of memory on your device in order to install. In its case, the app takes a total of 24 MB. Anyone wishing to install and run it must therefore ensure that they have enough storage capacity to hold it. LANGUAGES
The app is one of the most recent additions to the Apple App Store and is available only in the English language. It is also the first kind of app of this nature to be rolled out in the USA.

COMPATIBILITY
The developers of this app intended it to be installable in a wide array of Apple devices. However, the given device must be one that runs on iOS 8.1 or the latter versions for the app to work. It is therefore compatible with not only the iPhone but also the iPad and iPod touch. Its features are also optimized to function best in the iPhone 5, iPhone 6, and iPhone 6 Plus.

RECENT UPDATES
The current version, which was updated at the beginning of June 2015 brought with it some new features that would make the app even better. One of these is the photo-cropping feature that will allow users to trim their selfies to the desired size and shape.

RESTRICTIONS
Due to the fact that it is basically an app that supports and propagates gambling as well as contests, it is governed by the laws pertaining to these and has some restrictions regarding who is eligible to download and use it. These set 17 years as the minimum age permissible for one to use the app.