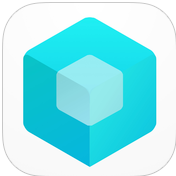 Are you a lover of the classic puzzle games like Tetris and Rubik’s Cube? If yes, then iOS app developer Jan Fontecilla has developed an app with a very interesting concept. This is a one of a kind simulation puzzle game that combines the tactics and difficulty level of both Tetris and Rubik’s cube into a single game. AirCube isa simulation game that is sure to keep you engaged for hours on end, racking your brains and completely immersed in your iOS device. This app is available in the App store for free under the ‘Games’ category. It requires a mere 29.3 MB of memory space and iOS version 8.2 or higher. Although optimized for the IPhone 5, iPhone 6 and iPhone 6 Plus, it is compatible with the iPad, iPod Touch and iPhone too. The basic idea of the game is to test your spatial thinking and puzzle solving skills. The basic concept of the game is as easy as can get. To begin with, a structure is provided on the screen. You have to create a cube from it. The options available are to move its pieces, rotate it, bring it into its position and ultimately solve the level. There are over 60 complex levels, each more complicated than the one before. Each puzzle holds a new challenge in store for you. After every 20 levels, a new challenge awaits you. Another perk of this app is that it has a separate app for apple Watch owners. There are 16 exclusive levels with a whole new difficulty and special game mechanics for them. They can use their watch to reposition the pieces on their iOS device. Using the watch, you can set the landing position of the cube and then launch it from the Watch itself.

The aim is to create a cube using the structure laid out on the screen. You have to rotate the structure, find the missing piece, launch it and then let it fall into the right position. The game controls and concept are very intuitive and easy to use. Also, the app designers have stuck with the concept of minimalistic design. Besides the main basic elements, the app is free of any clutter or extra designs. The developers have used a very simple color scheme, keeping the colors from distracting users from the main aim. This app is one of those simple and interactive apps that are sure to keep you hooked for longer than you can imagine. Each time you move onto a new level, there is a new challenge awaiting you. The complexity of these challenges lies in the simple moves and design. The user interface adds a soothing touch indeed to the entire app.

If you are looking for a classic game that makes the best use of the present technology, then AirCube is ideal for you. With integration with the Apple Watch, the app developer has taken the game to an entirely new level of fun and challenge. This is one of those games that you cannot miss.

Good: Integration with the Apple Watch