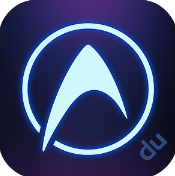 When we buy a new Smartphone, we talk about how much the manufacturer has further trimmed down the body width, how sharp the pixels of the display are, if the voice is audible during calls or not and obviously, the price of the phone. We do capture the RAM specification as well and nowadays 1GB RAM is the least one can imagine in his/her device. But when you start using the phone, most of the users would have experienced that their phone runs very slow i.e. the processing speed is very low during many applications, especially games. Then you can find a slight delay during calls as well. Finally, the phone completely hangs down during an emergency when you need your phone the most. So it’s better to take a step before such a situation strikes your regular life. So your next step will be: DU Speed Booster. For all those of you who don’t know what it is, then DU Speed Booster is an Android app that has been developed by DU Apps Studio. The compatibility of the app varies with each device but it’s compatible with most of the devices currently in use.

DU Speed Booster does exactly what its name states: it increases the speed of your device. Now, very often you would observe that two exactly similar devices will have different speeds. The problem lies not in the device but the way it’s being used. When you open an app, you use it for some time and then exit. But the app is still running in the background and that creates a backlog that jams down the flow of traffic. So what DU Speed Booster does is clear this traffic in one blow. Just tap a button and it will kill all such running apps and shut down all the irrelevant losses of your memory to nothing. So it’s quite logical to say that your phone’s speed will boost up. But that’s not all; DU Speed Booster makes sure your phone stays as clean from inside as you keep it from outside. So the junk and cache files that keep piling up in your phone from time to time, this app clean them all under one scan. But there’s more under its scanner; the viruses! Yes, this app has an in-built anti-virus that keeps the Trojan out of your phone’s territory. So while you’re safe in your home, you also have a guard placed outside that’ll make sure nobody can infiltrate inside without your permission. The interface of the app is user-friendly and promotes user interaction. You won’t feel like handling a tech job in your hands or cleaning germs from your phone; you just have to tap and the app will handle the rest.

So overall, I’d say that DU Speed Booster is a one-in-all solution to your phone’s speed, cleaning and anti-virus problems. The app is available for free in the Play Store. So don’t forget to check it out!