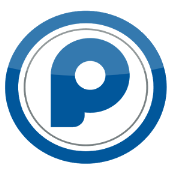 At present, there is no dedicated sports platform for mobile that caters only to sports news. This was so until the Android app OnPoint Sports was released into the Play Store recently. This app fills your feed with football stats kike never before. Everything from as far behind in time as you can imagine from the pre-season in 2012 until the present has been logged in the form of facts and stats. OnPoint Sports is here to become the go-to app for sports updates. This app is here to bring real time and historical sports data to fans across the world, right at the comfort of their Android devices. The regular season, which begins in September, is said to have over 1000 stats. This number is more than all the other well-known sports apps combined. Anyone from casual users to hard core fans can make the most of this app and stay connected to the world of sports. This Android app comes with game-time stats and field animations and live games cut down to the smallest of play details. There are also game highlights in real-time in case you happened to have missed a special moment. There are also live league standings, live rosters and alerts for scores and game updates. It brings to you Twitter feeds that tell you what the world is speaking about your favourite players and their teams. The idea behind the app is to allow you to dominate your fantast league with the help of advanced stats and facts about your players.

While there are many other such apps in the market, this app stands out on account of the user experience it provides. While most apps are nothing but a copy of the websites, this one stands out with beautiful and aesthetic design. As the amount of data being provided is huge, it has been presented in the simplest way possible so as to not overwhelm users. The idea is to provide it in the form of manageable spread sheets in a grid-like manner to keep users from freaking out at the sight of it. The huge amount of data has been balanced out with the splendid User Interface design. The aspect that gives this app an edge is the amount of data it has to offer to users. It puts together more data than all other apps in its niche out together. Historical stats date way back to the 2012 pre-season of football. Another selling point is the speed with which the game updates are made available to you. They arrive with 3-5 seconds of the occurrence of the event on the field in real time.

In addition to all this, the requirements of the app are very minimal and optimised. It requires only 6.4M of memory space and Android 4.0.3 or higher versions. It makes use of some clever tricks to save you consumption of mobile data being used by the app. This app is the ideal app for NFL fans who like to keep in touch with real time data about the game.