Drone Invaders – Destroy or Get Destructed 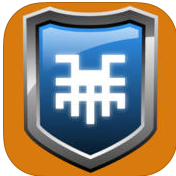 Do you like shooting games? If you do, then today we’ve got a classic in here that’s called Drone Invaders. This is an iOS app developed by Bigosaur that is compatible with iPhone, iPod touch and iPad and requires iOS 6.0 or any later version of the OS. Drone Invaders is an inter-galaxy war where you’re protecting your home against some alien drones that have attacked fiercely in huge numbers. But it’s like a football match with many strikers and only one goalkeeper; and that’s you. So you decide to play some extra roles and therefore apart from protecting your galaxy, you also start shooting them thereby decreasing their strength. Here, you’re equipped with a laser gun turret that shoots where you tap on the screen. So it’s a single shooter with only one shot at a time and then it reloads. This certainly dampens up your speed a lot and therefore a lot depends upon your accuracy. I’d say that Drone Invaders is quite challenging given the number of drones and the speed with which they come down to you. You have to be quick enough to shoot them all down before they cross your post; otherwise you lose the game because they’ve breached into your territory. Also, sometimes these drones hide behind obstacles and become immune to your shots. So it’s an added headache to you. But to improve your speed and shooting strength, there are many power ups in the game that you can unlock with the points you earn after completing each level. To further up the challenge, there is a boss stage after every 10 levels and it literally tests the skills you’ve learned so far. There are 14 such boss stages with 20+ different alien drones in total and they’re all very interesting and demanding. The developers have done a very good job that they’ve not kept the game limited to one mission. In fact, you always have a mission in hand and once that’s completed, you get another one. These missions keep your curiosity alive and give you a reason to return back. Apart from these, there are daily and weekly challenges that on completion earn you rewards. Completing goals also takes you up the ranking. These extra benefits are certainly going to tempt you to play more and more.

Drone invaders, is a very neat job on the developers’ part. They have created a game that’s classic in design, addictive in gameplay and offers a lot of content to keep you busy for hours. You’re continuously improving upon your own weapons and shields and on the other side; you’re in a constant race in trying to match your strength against the improving enemies as well. This chase continues till the end.

So looking at the specs, Drone Invaders is a must try. The app is available for $1.99 in the App Store. So when are you getting on-board this adventurous trip?