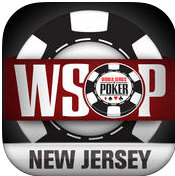 World Series of Poker usually known as WSOP Poker is a famous and popular poker game developed by Electronic Arts Inc and sold by Playtika Ltd. Additionally it is a very addictive and entertaining online multiplayer game. Application is available for iPhone, iPod touch and iPad devices. The game is very similar to Zynga Poker but the difference is this game cannot be played as a guest like in Zynga Poker. This is because player is required to sign in through own Facebook account so as to be able to use the application and enjoy the game. The first name and profile picture on Facebook account are the identifiers of a player at the table as soon as one joins an online match. Application consist two types of games; Texas Hold’em Poker and Omaha Poker. The objective of this poker game is usually to win the game and subsequently utilize your winnings in purchasing places in the high staked tables. The multiplayer game is usually played online. Player can gain pro status, challenge elite players, gather more chips and finally become a card shark. To achieve this objective player is supposed to buy a VIP membership so as to be able to access the private VIP only tables and badges, advanced stats tracker and unlimited number of gifts. The game can be much interesting by competing for bracelets and rings like in real WSOP. One has to be familiar with poker rules or skills to fully enjoy playing the game with other online players.

WSOP Poker has recently been updated to version 2.11.0 on November 23, 2015. It has a size of 62.2 MB and supports various languages like English, French, German, Italian, Spanish and Japanese among others. Application is compatible with iPhone, iPod touch and iPad. It requires iOS operating system of version 6.0 or later. The latest version, 2.11.0, is however more efficient on iOS 9 and feature more free chips and player can invite any number of friends on Facebook to the game. New version features notifications on free slot pins and chips sent by friends, hence once cannot miss free slot pin and will always get to know when a friend sends a chip. Amazing aspect of this application or game is that it is free and can be downloaded for free from Apple Store or played freely online. WSOP game features news within the game. Application gives links to learning skills from grand masters, tips, news, video links to best moments of tournament history and more. Secondly, the game keeps tracking stats of player’s profile. This gives the application a professional twist into it. A player who consistently wins earns a pro badge and bragging rights. More stats can be accessed through getting the VIP membership. Furthermore, WSOP Poker offers players options to choose either to play the usual Omaha variant consisting of new set of strategies or the usual Texas Hold’em variant.

The game also offers private table feature to invite friends over to play with.
Additionally game comes along with a full on chat system and pre-set taunt system feature with clickable items like “On a roll”, “Nice Hand”, “Got Lucky” and more sparing the hassle of typing the words out. Sound feature of the application is a bit non-sensational for there is no any really distinguishable sound in cases where player makes a raise to alert. WSOP is well graphically polished with clear interface, good server stability and mix of various options. Menu feature is more obvious on the iPhone version than on the iPad version for it comprise more features than the later. However the menu screen does not clearly show the event, Win a Bracelet. Other new features include giving away chips every 4 hours and rings giving players more reason to play. WSOP offers $16,000 to start with the free account. At the beginning of the game other players may prove to be annoying by winning at flip the coin but on mastering the game, game will be more enjoyable and cash in hugely from these players.

With a VIP pass player can opt to play only with serious and committed players but this does not necessarily mean that serious players are only found in bigger stakes table or VIP. Playing loosely is a good style if played well for it is unpredictable and dangerous to the opponent.
Ratings