Sorus Shield- Save the world from alien control 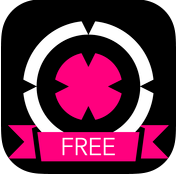 What if we told you that there is an app that incorporates puzzle, action and strategy- all into a single game? Sounds like a dream right? Something like an amalgamation of the best parts of Space Invaders and Tetris. The app we’re talking about here is Sorus Shield- an iOS app that is sure to keep you addicted.

In the world of Sorus Shield, you find yourself in the command of the star ship Sorus. This star ship is your last hope to ensure that aliens do not take complete control of the universe. These aliens are using light mines to split parts of the universe away from the rest of it. The Sorus has a unique weapon that can undo the effects of these light mines. It is up to you to put in your best and save the world from the aliens. The game play in Sorus Shield is so simple that you might just be spell bound by it. The controls are really easy to learn. The game in itself can prove to be challenging as the output of the weapon is in the form of various patterns that you have to move and rotate in order to create complete lines. Tapping a block rotates it and sliding it across the screen moves it. That’s as simple as it gets. The only part that can be slightly tricky is to fix a block in its place. To fix a block in its place, you must swipe upwards. Doing this too early or too late could result in placing a block in the wrong place. The iOS app boasts of excellent graphics and interface. It creates an ambience that supports the ability of the weapon to destroy the light mines. At the same time, the background and the background music have been done very neatly. So much so that they strike a perfect balance between electronics and science. This sets the mood for the game indeed. There are no flashy bangs or explosions or anything of that sort to distract you in your task of keeping the aliens at bay. This game has plenty to get you addicted. It comes with two game modes- arcade and mission. The arcade mode is a classic version of the game. The mission mode is a spiced up version with barriers and stars too. There are 5 arcade levels and over 100 mission levels to be solved. The varying obstacles and the tasks at hand keep the user engaged and from getting bored. There is a whole retro feel to the game that takes you down memory lane, while also keeping you at your wit’s end with its challenges.

All said and done, Sorus Shield is a puzzle game that gives you the best of Tetris and Space Invader both. It will keep you thinking and also excited at the same time. At present, it can be downloaded for free from the App Store. It is a game that is all rounded- in terms of design, game play, concept, interface and pretty much everything else