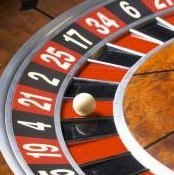 Is it too early to talk of the best free games of the year? Well, it might – but this year’s new slot machine releases are already spectacular enough to deserve their own review. Slot machine developers have started the year in force, providing us with some great content to enjoy early in the year. A truly attractive video slot machine with some truly attractive characters. The game features five wonderful beach volleyball players – in bikinis, of course. Besides its beautiful graphics and cheerful atmosphere, the game also comes with a special feature: players can re-spin any individual reel to form a better paying combination of symbols. The game is a worthy addition to Microgaming’s collection of slots. And you can find even more free slots games like these at Grizzly.

DJ WILD was the biggest surprise for me this year. Featuring a soundtrack created by a Stockholm DJ (the city that gave us Avicii and Swedish House Mafia), this mobile-first video slot takes players right into the middle of a trance club you might expect to see in Northern Europe only. It is colorful and flashy, and its soundtrack is amazing.

Speaking of music slots: the latest title released by Swedish developer NetEnt is a delicacy for slot machine fans. Announced last spring, the Guns ‘n’ Roses video slot was among the most anticipated title of the year. And it was worth the wait: it has amazing visuals and actual Guns ‘n’ Roses music in the background. It’s also filled with special features, which make it an attractive title for all slots fans of the world.

A 888 Casino exclusive, The Big Lebowski is a new video slot machine inspired by the infamous Dude, played by Jeff Bridges in the 1998 cult classic with the same title. The game has five reels, three rows and 25 win lines, and also comes with its own progressive jackpot. As you can expect, its theme features the well known characters from the movie, as well as their common passion: bowling.

Another video slot machine based on the iconic board game, built by international developer SG Interactive. The game was released on desktop and mobile devices at the same time. It has 100 win lines, divided between one set of five reels with four rows and another one with 12 of them. The symbols are all well known from the game, including Mr. Monopoly himself (and his dog), which are stacked on all reels. The game is an exciting new take on the game, with stacked wilds and a series of other special features in it.