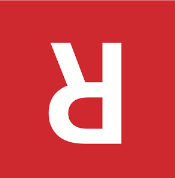 This patented technology developed by Rebtel is here to revolutionize the market indeed. It is here to change the way we look at international calling. With international calls being made cheap with the only costs being possible charges from local call carriers’ call rates. This VoIP firm is here to cut down the costs of international calls largely. Normal calls require the users to pay a termination fee to the carrier located in the other country. This cost is what the company looks to reduce. They are exploiting the stock markets to trade routes and prices, effectively cutting down the costs involved. The way Rebtel works is unique and different. Instead of actually making an international call, this app places a local call on a server located in the country of origin. This then connects via the internet to a server in the destination country. The server makes a local call via the app, making the call seem as a local one while it is actually an international call. This simple innovation can make all the difference in the call rates for both parties.

The pricing scheme offered by Rebtel make the app seem almost irresistible and too good to be true. At present, app to app calls are free for the year 2016. Following this, the company will charge a rate of $1/month. The services offered by the app is spread over 50 countries, including the United States. This covers about a fourth of the world’s population. In case a user wishes to call a number that does not have the app, the calls are priced at $5/month. Depending on the users’ plan, the local carriers may place their charges. This is the only downside of the app at present. With the app ‘Cheap international calls’, Rebtel hopes to change the way users connect globally with one another. It wishes to build a future of young, global and connected people. With the need for an internet connection eliminated, this app is the epitome of international calling done the right way. The company has a bright future and immense scope.

Cheap international calls can be downloaded for free from the Google Play Store. All you need is an Android device and a local carrier plan. With this, you can forget about the hassles and tensions involved with making international calls. Be a part of the future with this app.