Track My Mac App: Is The Absolute Choice for Mac Tracking 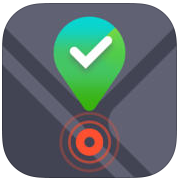 A new version of tracking app in the market? Yes indeed! The security industry platform has received a major boost with the latest introduction of Track My Mac app that assist in locking and tracking different Macs. Interestingly, this is aided by only a mobile device such as iPhone once proper connection has been installed. It is no doubt that Mac owners have a reason to smile as the safety of their devices will be perfectly catered for by Track My Mac. This app gives its users a unique opportunity to link their Mac with compatible devices and easily track their Mac when it is stolen or lost. Things To Know About Track My Mac app

First, this app is the product of Kromtech Alliance Corp which officially released it on 28th April, 2016. The app is English based with clear and understandable content for its users worldwide. After its launch, this amazing app has acquired over 4+ rating from its customers. This places it at top notch position as app that is reliable, efficient and worth downloading! Its unique graphical effects and classic appearance induces great fascination from its users. Actually, it is a complete and well-packaged app that doesn’t leave anything to chance!

What is entailed in Track My Mac?

Once this amazing app from MacKeeper has been installed in an iPhone, the next part remaining is to commence the process of tracking Mac devices. Track My Mac app enables the user to get updated information with regard to the present location of the Mac. Besides, the thief stands no chance of escaping since this app instantly captures the intruder’s image and send it right away with the aid of iPhone. Points To Note When Using Track My Mac app

First, the user needs to understand that this app will function when the WiFi connection is on; this is due to adoption of Google map services in identifying the location of the Mac. Secondly, it is crucial for the user to ensure that proper connection between the iPhone and Track My Mac app has been established. How is this arrived at? Actually, the user will go to the MacKeeper application containing Anti-theft feature which is to be installed. The next step will be to authorize Anti-theft using Track My Mac before proceeding to set up credentials. The last step will be to activate the Location tracker and start tracking!

Apparently, devices like iPod Touch, iPhone and iPad are known to perfectly integrate this app in the best way possible. The performance exhibited is overwhelmingly amazing due to their perfect compatibility. Additionally, when it comes to operating system, users need to adopt iOS 8.0 whereas a more new version can also work best for this app.

The Essence of Track My Mac App to Users

This great performs exceedingly satisfying tasks such as providing latest and updated information relating to the Mac’s current location. With the aid of screen lock feature, each time a wrong password is put; it immediately captures the image of the unauthorized person and creates a report which is sent to the owner’s phone. On the other hand, the thief can be tracked using the iSight image and report produced when trying to access Mac’s data via internet. Below are capable features that are presented by Track My Mac App:

The user can apply the iSight photo to fast track the thief who could be in possession of the Mac or trying to gain access to it. When this is done efficiently, the Mac can be regained easily or stay well protected.

Perform tracking of many devices

Interestingly, Track My Mac app allows addition of other devices which can then be easily tracked with much ease. This will always boost the safety of the Macs connected with this app.

This feature which facilitates locking and unlocking of Mac in a remote manner can be facilitated by a passcode. Once locked, a custom message can be created to always appear on the screen.

Besides, the Spy Lock will ensure that every unauthorized access to Mac is detected and the image of the intruder captured.

These two components work together in a way that once the Mac has been indicated as “stolen”, the location tracker instantly start to track that item. Everything happens really quickly such that the Mac is ultimately located.

Check out the following merits and demerits noted on Track My Mac App:

· The design is classic and user friendly

· Saves on time due to fast tracking

· Slow down in performance if not upgraded

Great opinion about an app has always been based on its ability to deliver the required output and performance expected. This is what is being clearly evidenced in Track My Mac app. Its uniqueness, high quality, classic nature, reliability and yet free for download are just some of amazing features it exhibits. Let this app offer the best security to Mac through installing it today!