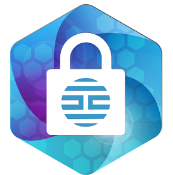 One of the most crucial things that one can take into account is the protection of phone’s details from being accessed by unknown party. This is because the content contained within the phone could be absolutely confidential and thus not to be exposed to any party. Thus, having a proper and efficiency security lock can highly facilitate in undertaking such a task. This clearly means that whenever the phone is in the hand of the intruder, it will be quite inaccessible even after a series of attempts have been made.

Interestingly, the market has been boosted highly with the introduction of the amazing Pin Genie Locker app. This is a complete screen locker app that has been designed greatly to protect the phone in the best way possible. Actually, it applies the use of four secure buttons which can act as pin each time the user wants to access the phone. How effective is this app when it comes to locking the phone?

Actually, the user will realize that this amazing app will always take the initiative of locking the phone whenever three wrong attempts are made. Besides, the option of the app issuing an email delivery with regard to the failed attempts made by an intruder makes it quite easy to understand each moment the phone is exposed to danger.

In addition, this amazing app has been designed in a manner that makes it to easily track the identity of the person who was trying to illegally access it. How? It actually goes ahead to capture the image of the intruder (using front camera) each time a wrong attempt is made. Thus the user can always get the photo of such a person and ease the process of tracking down that person. Pin Genie Locker app was recently updated on 16th June,2016 to incorporate new changes in relation to general improvement of its performance. There are also some additional features that have come up with this updated version 1.0.6 of Pin Genie Locker app. Some of them include:

This amazing app has been designed in a manner that proves its ability to deliver high quality service. With such a high quality formation, this app can be supported in quality and high-performing devices. For now, it works efficiently on the Android device (version 4.0 to any latest available in the market). Meanwhile, a top quality operating system can highly boost its performance. Here are some of the amazing features that one is likely to encounter while using the Pin Genie Locker app:

Apparently, the notifications that are send to the user to give alert when the phone is being intruded are obtained pretty fast. This is meant to ensure that quick action is bound to be undertaken in tracking down the thief.

This is a unique feature that applies the use of the front camera to catch the face image of the intruder. Interestingly, it quickly records and transmits the details to the user through email. Indeed a pretty easy way to catch intruders!

One will notice that the pin is developed in a way that the user applies four buttons. Generally, the design of the pin is patented to give the best secure means.

This feature operates in the event the intruder is unable to enter the correct password after attempting thrice. It actually captures the image of that person and send quick notification via email.

This app does not affect the operation of the pattern locks and phone number details that have been provided by the user. Its core task is to ensure that the phone remain secure and well protected from intruders.

Note: In the event where one may fail to make three correct entries, there is an option to disable the phone which has been included.

Below are some of the pros and cons evident in this great Pin Genie Locker app:

· Offers a secure and efficient means for phone protection

· Easy to operate the features included

· Mild in performance at some point in time

It is apparent that the Pin Genie Locker app has exhibited a great sense in performance delivery. It has not only helped in catching intruders but also provided concrete evidence (from the snap image) that help to easily track them. Its quality formation, amazing themes and consistency in output makes it an exceptional app worth downloading. Get it today for free at Google Play and secure the phone completely!