Your Web Base App; An Incredible Gaming Experience 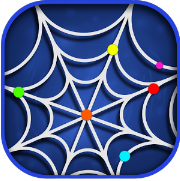 Ever thought of something that not only provides a source of entertainment but also comes with great reward and value? That is absolutely something that is worth going for in order to try it out! For instance, getting a fantastic game experience that ultimately rewards the efforts implicated with real rewards is something that can bring great fascination. This is exactly the newly developed app known as Your Web Base is offering to its users. The total exposure to this highly rated app is totally incredible. Apparently, it gives its users a unique chance of enjoy playing top free games where the ultimate results are generously rewarded real cash earnings.

Another interesting component that is visible in this great app is its ability to facilitate systematic arrangement of different apps within the user’s phone. In the scenario where the user has installed a new app and referred it to another person, one is rewarded with real cash prize for such an effort. Similarly, there are a lot of games and tournaments offered within this app that awaits the user, alongside attractive prizes worth going for. Understanding the Your Web Base app

Clearly, this top-trending app that support free gameplays is unique of its kind as it tends to offer real rewards to its users. The app was last updated on 2nd May, 2016 in order to provide different improvements on the UI operations. Besides, the app underwent bug fixing process which made it come out much better, a fact that is displayed by its consistent high performance. This current version 0.0.5 has received positive reviews and a high overall rating of 4.9/5 from honest reviewers. Most of its users have applauded its great ability to facilitate real earnings from the game play, quality output and great display platform.
Compatible Devices for Your Web Base app

This amazing app has taken into account high quality measures to ensure that is users get the best from it. This is clearly evidenced by the high quality compatible devices that support it. It actually operate on Android devices that range from version 4.1 to any latest available. Their rigorous operation capabilities also require it to operate on a device with a smooth running operating system. How the Your Web Base app operates

Apparently, this amazing game comes with different options of tournament games that the user can play for free and be at a position to win amazing grand prizes. Surprisingly, with a number of apps available to offer such games, the user can always select the best apps that pay off well when playing games. To make it much better, one is at a good point of even earning about 10% of the total wins in the given network which is handsomely rewarded.

As a player, one will be connected to different games (including the first one called 7 Degrees) by the Your Web Base app. This app will enable the user select best available games and apps that can help yield a considerable amount of earnings. For instance, winning the 7 Degrees game can make the player to get rewarded with Nano Smart Phone packages. There are also more rewards in-waiting for the users who interact with this amazing app.

Distinct Features in Your Web Base app

They include the following:

This is a unique feature that makes this app an exceptional one when compared to other game apps. Users get a chance to play different games in different apps where such efforts enable one to earn real cash prizes.

Refer a friend and earn

This amazing app has a platform where it systematically keeps a list of the game apps that can be found within it. Actually, there is an option for referral where the user gets rewarded through sending out referrals to friends. Besides, some apps come with referral programs that stretch to different levels (up to level seven).

No limits of winning game players

Actually, the game operates in a manner that more people are likely to win if the game stays for long without the winner. Besides, there is a high possibility of one winning especially when more people are participating in the game. When the player engages in the 7 Degrees game and emerge the winner, the grand prize offered is a fully packaged Nano Smart Phone. Actually, this set of package comes along with high quality headphones and global SIMM (that is universal for use) which have all adopted the latest Nano Technology.

· High quality performance in relation to the games and offers

· Unique of its kind with a promising real earning

· Easy and quick to install and operate

· High quality prizes worth the effort

· Rigorous process in ultimately getting paid though worth it

· Quite challenging and demanding great time to win

Clearly speaking, this is absolutely the number one app that gives the player a fantastic gaming experience together with real cash prizes. With a top rating of 4.9/5.0, this clearly indicates the level of satisfaction it has brought from its users. It has proven to be reliable, efficient and high-performing app that helps users to make money online. Make a point of downloading it for free at Google Play and make the first real cash earnings!