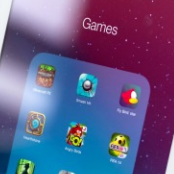 Mobile gaming underwent an incredibly fast evolution in the last few years – especially since the introduction of HTML5. Browser games have never been so cross-platform, so easy to run, so accessible than today. Today people can play their favorite games simply by navigating to a web address instead of downloading and installing native apps that take up storage space on their phones, and need to be updated periodically. And all this thanks to the Platinum Play online casino, and its competitors. Real money online gaming has made its way to mobile phones as early as 2004. The first mobile slots were Java applets, running on the smartest phones of those times. But mobile internet connections were scarce, and slow, back in the day. These games required being connected constantly to the random number generators running on the casinos’ servers. With unreliable connections and the high prices, users had to pay for every kilobyte of data transferred on the go, it’s not a surprise mobile games haven’t become a major success.

Year 3 Ai (After the iPhone)

Steve Jobs has announced that Apple will be dropping support for Adobe Flash three years after the first iPhone was announced. Instead of Flash, the Cupertino giant has decided to back HTML5, an emerging new standard that allowed never before seen interactivity and performance on all devices. This was the moment when real money mobile gaming (which was not seen very well by the app marketplaces) found a new way to reach out to players, offering them a high-quality gaming experience over mobile networks in the most accessible way possible.

Where do we stand today

Today the gaming industry is divided. On one side there are the “traditional” game developers releasing games with more interaction, and more access to the devices’ hardware. On the other, there are real money operators that offer their players a truly cross-platform gaming experience, running in a mobile browser window. Their games are not in need of too much interaction with the hardware they run on – they are simple games, without too much strain on the hardware they run on. They can be played on desktop devices, smartphones and tablets with the same ease, and the very same features on all platforms.

What the future holds for online gaming

Real money mobile gaming has already found its way to the latest gaming hardware released. Last year has seen the first Android Wear slot machines released, as well as a demo of the first virtual reality casino game, showcased at one of the biggest trade shows of the industry. There are no more new frontiers to explore right now – but with the continuing development of mobile devices, this could change very soon.