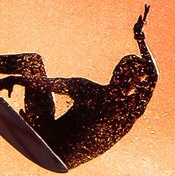 Ever since it was first launched, the iPad has become a widely used entertainment and media center of sorts for its many users. But if you want to record one of the videos that you’re watching on your iPad, save a Skype call or record footage of some other app or game – that may be a bit tricky.

Fortunately there is an easy way to record any video from your iPad screen, and that is by using Movavi Screen Capture Studio for Mac. Despite being a Mac screen recorder, it will let you connect your iPad to your Mac using the standard lightning-to-USB cable so that you can capture footage from your iPad’s screen too.

By following those steps, you should be able to record anything that you need from your iPad’s screen, including online video streams, app or game footage, and so on. However if you intend to share or publish your videos online you may want to take a look at the other features in Movavi Screen Capture Studio for Mac.

Essentially Movavi Screen Capture Studio for Mac comes with a full suite of video editing features. If you take a few moments to experiment with them, you’ll be able to cut and join video segments, insert customizable text, add animated transitions, include background music, improve the video quality, and more.

In a nutshell you will have all the tools you need to use the video footage that you recorded using Movavi Screen Capture Studio for Mac and produce a professional-looking and attractive video. Honestly you’ll be amazed how easy it is, so be sure to try it out for yourself.