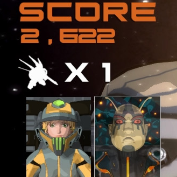 Lovers of science fiction games have something to look forward to going by the news of a 2017 combat game christened Quantum Revenge being released. Although such space games have already been in the gaming arena before, this one will leave mouths agape with awe if the graphics it features are anything to go by. The game is set to be available in the app markets this March, and it will be playable on both IOS and Android platforms. Let’s take a closer look at its storyline, features and set our minds ready for adventure. Quantum Revenge tells a story about the human invasion into a new solar system baptized “the 14th solar system” with an aim to colonize it. The attack happens in the year 70 of the Galactic Calendar. It is only after many years of colonization that the colonized fight back, this time stronger than ever, invading Earth’s solar system and annihilating every last of the planets before finally attacking Earth. The globe has Tetsuji, Katashi, and Shin as the only saviors who can guarantee its survival. They are the elite pilots and last line of defense before Earth faces a similar fate to that of other planets. This game is finely-tuned for devices with a touch interface and those that support game controllers. The two are the primary input techniques. Unlike its dual stick space shooter predecessors, Quantum Revenge boasts of a truly smooth gameplay where it applies both 3D and 2D animations with impressive resolution and colors. The mission is to defeat a large number of foes using the herculean Mecha warriors and the elite pilots. The battle is fierce occurring in space with a background of massive planets and robotic leviathans. The fascinating bit is that players can empower their Mecha warriors with various knock-down modules such as armors and shields necessary to strengthen their defense. Special attacks can be launched shifting the animation from 2D to 3D in seconds. Drones can also be employed and upgraded to any desired level. Additionally, players can show off their skills to other players across the globe since the game has a Facebook and Google Play Games real-time leaderboard. Mechas warriors up for action are six. A player can only choose one at a time and customize it to their liking for increased vigor and offense. 1. High Definition textures – These are optimized for both Metal and OpenGL ES 3.2 application programming interface suitable for IOS phones and tablets graphic engines.

2. Realistic Physics engine – The gameplay is fluent despite its excellent graphics with a far-fetched reality touch to it.

4. It will be available for devices running the latest IOS and Android system including support for Google TV, Apple TV, iPhones, and Tablets.

5. Multi-touch interface and configurations – More than one finger can be used during gameplay for exertion.

6. Achievement board for score comparison purposes – Contains both Facebook and Google Play plugins for score showoffs.

Promises are powerful, and developers are true to their word. This March, adventure, and fun are set to hit game markets and glue all attention into a combat of saving our precious planet Earth; exclusive only on Quantum Revenge. Stay tuned!