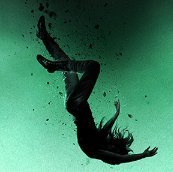 The Play Store is full of a variety of apps that we don’t have to go anywhere else for entertainment; everything is at our fingertips. Whether it’s an action-adventure game, casino game, puzzle game, educational game or something else, just wish for it and a list of games will appear. But we are still missing something. In fact, I didn’t know what we are missing until and unless I came across this amazing app called ‘Orphan Black’. It’s a puzzle adventure game which is based on the famous Television series Orphan Black Season 4. Orphan Black isn’t the first TV show to receive a mobile game adaptation, but it’s one of the first to be developed by the same television studio that produces the show. This latest app has been developed by Boat Rocker Digital Inc. It’s compatible with any Android Smartphone having the latest version of the Operating System.

The game is a turn-based adventure puzzle game that deals with the same issues as the TV show, which chronicles the mystery surrounding a group of female clones who find themselves a part of a global conspiracy pushing the boundaries of experimental science, technology and ethics in human cloning. If you have not watched the show and even don’t know about it, then let me introduce it first! It’s a dramatic series with plenty of comedic moments, that raises questions around who owns the human body and explores the nature versus nurture debate- does your genes or your upbringing make you who you are!

This game offers to play 10 worlds with over 80 levels filled with puzzles and traps. You have to play as one of the clone sisters from the show, including Tony, Sarah, Cosima, Alison, Helena, Rachel, MK, Katja and Krystal. You have to guide clones through a series of challenging puzzles set in the Orphan Black world. The main aim of every level is to escape and avoid the obstacles, destroy them and unlock doors during your path. Remember, you have to put efforts to clear the levels in as few steps as possible.

The obstacles can be in the form of Orphan Black- themed spirits, including bouncers or some kind of flying blood demon ghost. These spirits are actually not enemies, but they are unresponsive obstacles whose movements are simple patterns and you have to learn these patterns to unlock the game’s puzzles. This story-driven puzzler takes you from isolated forests to suburban homes and beyond, introducing challenging elements such as shifting floors, force fields, and more. As you clear the levels and proceed through the game, the puzzles become more complicated, adding more obstacles in your path.

This game is designed beautifully with third-person isometric art. The graphics are vibrant and the game is attractive enough from a player’s point of view. The sound effects are just awesome.

Overall, I would say that Orphan Black is one such app that all of you should download. It’s a great combination of adventure and puzzles to create a session of fun and entertainment. So dive into a dark and twisted puzzle-adventure that retells the pivotal events of Orphan Black and navigate through the mysterious world of Orphan Black!

The app is available for free in the App Store. Download it now!