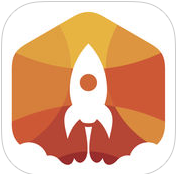 Do you want to escape from your own walking reality? Have you had a dream to go into the space and orbit other planets? So if you dream, then it signifies that you’re creative, want to explore new things and experience new adventures and want to escape from reality. Now, we have a latest game for you to make all your wishes true. It’s called “Apollo 13- Space Orbit. Rocket Grand Voyage”. This app has been developed by Ulrik Motzfeldt-Skovgaard under the games category. The app has been released on May 16, 2017 and is compatible with iPhone, iPad and iPod touch. It requires you to have iOS 7.0 or any later versions of the Operating System of your device. First of all, it’s necessary to know about Apollo 13. It was none other than the seventh manned mission in the American Apollo space program. It was the third mission intended to land on the moon. But, the lunar landing was aborted because an oxygen tank was exploded two days later. With this game, you have to complete that mission and orbit in the deep dark space.

There are 5 different spaceships available to start your mission. But you have to start it with the main rocket 1 and then you can buy other spaceships with the coins you collect while playing game. You have to tap the screen to orbit to the next planet and collect coins. By collecting a coin and landing on a planet, you’ll get +1 in score. There is a score Leaderboard where you can see the high scores. There’ll be so many enemies during your path, such as comets and u.f.o’s ( unidentified flying objects) flying around. But you have to prevent your rocket from them and don’t hit them while you’re orbiting the planets otherwise your mission will be aborted.

This is a great gameplay with exciting features. Although it’s very challenging due to its difficult mission. Orbiting the space is not so easy task to execute, but as you play again and again, you’ll be able to explore it more and can orbit many planets. It’s not difficult too, if you are ready to accept any challenge. There will be different things that will appear while playing the game and you’ll get to play if you survive there for long time otherwise you’ll miss them.

Overall, Apollo 13 is a one tap gameplay and simple to learn. It’s an addictive as well as challenging gameplay. The interface is user-friendly and the background sounds are just amazing. It builds a positive energy in you so that you can’t lose hope easily. It’s recommended for every individual who just want to play such a challenging mission game!

So how many planets can you orbit before you die? Let’s see!