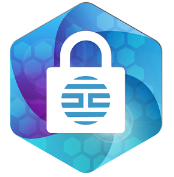 Established by PIN Genie Inc. in 2014, this app can be accessed both in google store and apple store. This app covers the security for accounts from social media like Facebook, Twitter, Pinterest, and Linkedin, email accounts, like Gmail and Yahoo, up to the security of your financial access in internet, like Chase and American Express. Besides these options, you can customize and add another account that you have in internet. Basically, you can protect the access of all your accounts in internet with PIN Genie.

To guarantee the safety of your accounts, PIN Genie use your camera to automatically take a picture of a person who want to access your phone without permission. Technically, a person can make 3 attempts to access the phone. If these attempts are failed, PIN Genie will be locked up itself for about 30 seconds.

There are few other apps that offer the same purpose as PIN Genie. The difference is that PIN Genie give a more benefit to protect your house also. The company made a device that can built in to your door to protect it from intruder. This app will connect to this device and will inform you about any intruder to your house. The device has an alarm and camera that will protect your house more than other alarm device. PIN Genie Smart Lock can give you an access to your close persons or even strangers due to limited access of setting. Another with PIN Genie is that this app is free and it does not have any ad. So, you don’t have to pay or become a premium user to get rid any advertisement.

Even though PIN Genie claims to be easily use and access. It is still not friendly enough for people who don’t use technology easily. It is recommended that PIN Genie provide a step to step explanation or video for their users.

With the additional device PIN Genie Smart Lock, PIN Genie app offers more than other app that provide security in smartphone. It is an option for people who love security and technology as one.