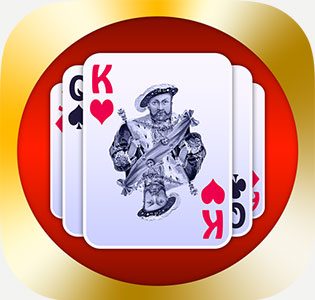 When users under bit of eagerness or anxious about new Solitaire games they would certainly end up taking out passionate findings in the form of analysis. They also wish to unwind exciting fun aspects after good analysis, sometimes they require experiencing things up and feel much more satisfying. TriPeaks Solitaire Challenge from XI-ART Inc. at its best standard could be effectively found and better appreciated by users. TriPeaks Solitaire Challenge is professionally developed by XI-ART Inc. and it is a fresh innovative way to play the game on your iOS or Android devices. This classic game would be ideal game to play anywhere. Most of them play the basic Solitaire using real deck of cards or online. Bringing this superlative game to mobile devices is novel way to pass time anywhere you go. This free to play game would definitely assuage your interest.

If you are passionate fan of card game hybrids, such as Solitaire, then you will love what TriPeaks Solitaire Challenge has to offer. Throughout my life, card games have always played a rather big part in it, whether it was simple solitaire on the computer. I adore card games and think they’re effective way for me to pass the time once I pick it up and get going. What makes card games even better, though, are when unique concepts are mixed in with other genres, developing something that is completely spectacular. And that’s just what TriPeaks Solitaire Challenge does.

As on player begins the game, they would be presented with a Facebook login page to connect with friends. Once connected the player is introduced to a tutorial depicting the player basic gameplay mechanics of Solitaire. After the tutorial session the player is taken to the main menu where one could select from three options respectively as World Challenge, Classic challenge and Facebook Tournament. These provide the player the option to compete against their Facebook friends or people from around the world.

You can also experience added features of the game, which boosts re-playability are the achievements and competitive scoring. This provides the player more incentive to keep playing and to do better in game. It is illustrated that the leader board does keep the game from getting boring since the player is constantly trying to improve one’s score and to unlock more rewards. The power ups add unique way of playing Solitaire, which gave more time to play in return, earned a better score. Most of them applaud that the graphics in the game are high quality, as the developers boast. The animations are also smooth, users enjoyed watching the cards being dealt and never noticed any lag. The sound fx were also adeptly implemented well and never were repetitive.