SpamResponse Android App Review: Is It Worth Installing? 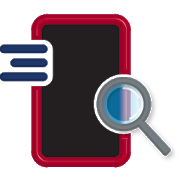 Chances are that if you’ve come across spam messages –you know how annoying they can get over time. Not only is a spam message completely useless, it’s also repetitive and can clog up amounts of your phone memory!

Although some of them are harmless and more irritating than anything; there are those that can be dangerous. Scam messages can sometimes stand to be phishing attacks, an attempt to extort your personal information for malicious use! The people behind this frequently use scare tactics such as lerting’ you because someone is trying to steal your money, bills you forgot to pay and crimes that you didn’t commit. SpamResponse is your one-stop solution to reporting spam messages. I downloaded the app of Play Store, after it came highly recommended by my friend. Essentially, I was getting some text messages that someone had in their possession certain ideos’ of me and needed to call the number above to get it sorted. Since I haven’t been in the business of taking compromising photos, I immediately detected it was spam and installed the app.

•Reporting suspicious text messages – Once downloading the app, you can start reporting spam with ease! Simply swipe to the right and report the message, no complicated steps required.

•Contact filtering – Enable the ontact filter’ so SpamResponse knows who to leave out as possible spam responses. I once accidentally reported my friend, so this would be a great option for those who want convenience and quick thinking.

•Getting straight to the source – As soon as a message is reported, SpamResponse team members would work to identify the source. Scammers, threat actors, and other organizations posing as something their not are immediately narrowed down. Their investigations are fueled by other people with the same experience –so all that data can finally go to shutting scammers down!

I’ve been using SpamResponse for the past couple of months –and I’m frankly happy with it! Perhaps the only complain I would have is that I still occasionally get the same text once in a blue moon even though reported. This is because SpamResponse doesn’t really block the message from coming back; it merely reports them and documents it in order to root the source out completely. However, I have stop receiving some messages totally! Proves that their algorithm really works.

In a way, what may be SpamResponse lacking feature may also be it’s finest. Unlike other apps, SpamResponse doesn’t provide a quick fix for users by just blocking the number and getting over with it. They understand that scammers will just find newer and creative ways to target you –which is why they go directly to the source to solve the problem! If you’re like me and looking for a more permanent way to get rid of spam messages, you would definitely benefit from SpamResponse.