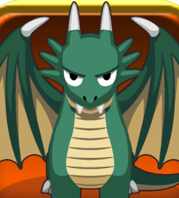 Monsters are usually malformed creatures and they are found in many stories that come up for both kids and adults. These creatures are believed to have super natural powers and they exhibit the powers and characteristics of both of its parents. How about a game that allows you to create monsters of your own and battle with them. Feeling curious? Yes, you can make monsters and battle using them with this app. This makes breeding monsters a whole lot exciting.

The app, Monster Breeding Battle is a casual simulation game developed by Hideyuki Kirikae. I personally found the game to be more unique and it is definitely one of its kinds. It is specialized for breeding monsters and there are no levels or quests to be conquered. All you have to do is to breed monsters of various kinds and battle using them.

As you tap open the app, all that you must do is to enter your name. The concept of the game is to blend many different monsters and battle with other players online. Initially you are provided with 4 different monsters for production/breeding in the small tutorial. Later, you can start gaming on! It is up to you to either choose the provided monster or deny it. You can see the different skills of the monster like weight, power, defence, magic, speed and intelligence. You get to choose the male and female you want to breed the new monster with. Once you select the pairs, the mutations happen and a new monster takes birth. The ability of the monster alters with every different combination you make.

With the monsters we have chosen to formulate, we can compete with other players and aim for a higher rank nationwide. Monster Breeding Battle gives you an SP ticket if you win the battle.  When you win a battle, you will be able to formulate the opponent’s monster and increase your chances of winning. You can win the battle and make your way up the ranking board worldwide and who knows? You can even top it.

The game is so colourful and aesthetic. The background music and sounds in the game are very impressive. I was so astonished with the graphics and different types of monsters in the game. Monster Breeding Battle is completely free for download and comes in English, Japanese and Simplified Chinese languages. It can be downloaded on both iOS and Android devices.

You can play this game anytime, anywhere even when you have a very short span of time. What are you waiting for? If you are skilful enough and want to fight your way to become the best master of monsters then Monster Breeding Battle is the right one for you. Produce stronger monsters every time and combat with the world players every week.