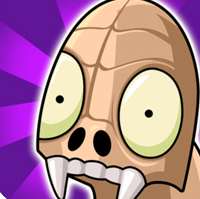 Protect the World from Tupilak Invasion in This Action Adventure Game

How about you get a chance to deal with a hoard of the undead? Zombie games can be a lot of fun to spend your time with. The shooting and surviving are the two most popular elements of a zombie game. Tupilak invasion is one such app that features zombie invasion for you to battle with. This zombie game gives you a whole new experience and is fun to play.

Tupilak Invasion is an action-based game app given by Ulrik Motzfeldt-Skovgaard. The game starts with level one, where you get a gun to finish off the zombies that approach you. When you proceed to the higher levels, you will be able to gather many soldiers to the more zombies that approach you. The game might look easy to play but as you move up the levels, the challenge gets tougher and tougher. The app puts your brain and hand coordination to a test. Your task is to build a team and defeat the zombies to protect mankind.

When you proceed through each level on Tupilak Invasion, you will be able to gather equipment and use them to attack the zombies. All the weapons that you collect are easily marked at the bottom of the screen. At the top of the screen you will be able to keep track of the number of coins collected, on-going level and the number of soldiers alive or dead. As you complete a level successfully, you are rated with stars of 1 to 3. The more the stars you collect, the more rewards you can gather. The app is loaded with different power-ups like rockets, mines, freeze and a lot more with which you can defend your kingdom from Tupilak attack.

What makes the game engaging are the different kinds of zombies’ with different faces. As you take a shot upon them, you often have to reload your gun and continue. This game requires much speed and coordination so as to win it. Tupilak Invasion is a game with easy controls and HD graphics. The background music and sound effects of the game are fantastic. It can be played by people of all ages and I bet the game is very addictive. Once you get a hang of it, you would never want to keep it down.

With different achievements and levels on adventure mode, Tupilak Invasion is suitable for both iOS and Android devices. The app has many in-app purchases that let you purchase stars and diamonds for different rates. Download the app now and start conquering different quests.