LUCKY LOGIC- TRAIN YOUR BRAIN IN A FUN WAY! 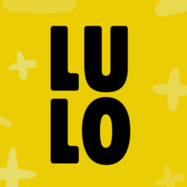 Have you ever played sudoku in your whole life? It was the most amazing arithmetic puzzle game of my time. If you read Newspaper, you might have played it so many times. It was published daily in the paper and children as well as adults used to solve it. Later on, there were so many Sudoku games launched on the App Store which were a big hit and are played today as well. It’s basically a brain teaser which helps to train your brain until you solve that puzzle. Once you start playing it, you will be addicted to it and learn about its concept. But, I think sudoku is an old genre and you should give a try to new games on the App store. So there is a new puzzle game which is having a similar concept known as Lucky Logic.

The app has been developed by Alexander Budau. It requires iOS 10.0 or any later versions of the OS on your iPhone, iPad and iPod touch. The app is basically a fun maths game which is easy to play and helps to train your brain. It only features numbers from 1 to 9 and has the simple arithmetic characters- plus and minus. This is the hardest part of this puzzle math game, but in a fun way.

This puzzle game was made by the India Game company Studio Budau and aims to combine simple logic and making math fun. It will give you the combined challenge of math and logic. The main objective of the game is to calculate the correct result. It’s the most basic math and there is a big underlined number on the top. This number changes after some moves. You have to do simple addition and subtraction to obtain the correct number by just swiping. There are only numbers from 1-9, which means that the result is never lower than 1 or higher than 9. For example- if you like to calculate 2+8, the result would not be 10. Instead, the two numbers are stacked one below the other. This is the tricky part of the game which is enough to puzzle you.

Lucky Logic is a fun yet challenging game to play. You will learn the concept of the game when you play it. There is a game number, playing field and chill numbers, lowest and highest number, gems, skins, combo, and many more terms that you will experience in the game.

Lucky Logic is not a typical maths game, it’s a fun puzzle game which is a basic maths. It’s full of fun and entertainment. You will seriously enjoy this game and will be hooked for so many hours whenever and wherever you are.