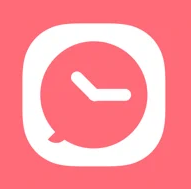 scheduled App – The Reminder That Fits In Your Pockets

People are so preoccupied with the daily errands they have to do. As days pass by it is natural for any person to let slip the most important days. They cannot keep the day counter on all the time and when people have a hard time at work, it is natural that they let slip. Developed with the motive that the users enjoy the app and make use of it to the fullest, the app is a great boon to all those who have a poor memory. When you make use of this tool, you don’t have to feel miserable for missing someone’s birthday and apologize to them later.

The Scheduled App gives two options to its users. One is that, it allows users to send a message automatically through SMS / iMessage and Email or they can plan for a chat reminder for the major messengers. Simple Reminders can also be set to send gifts or flowers on the date that is planned earlier. People will be able to write and schedule their messages and get reminded before. The app supports Messages/SMS, WhatsApp, Facebook Messenger, Telegram, Slack, GroupMe, Skype, LinkedIn Line, Twitter, Phone, and many more.

Scheduled App lets users send appointment reminders and minimize the number of no-shows as you will be able to schedule and make an auto sending of appointment reminders. Reminders for a meeting or other messages can be sent to individuals and groups as well. People can import the contact’s birthdays and connect their iOS-calendars and even auto send imported birthdays, appointments, or meetings. Users can opt to auto send the message, repeat it, delete, snooze, skip, or even archive it. The app reminds its users by sending them a notification on the important date that the message has been delivered via auto send.

Completely free to download, Scheduled App comes with in-app purchases also. The premium and business versions of the app are available for $3.99 and $4.99 respectively. When you have any issues or need support, you can write to the team at support@scheduledapp.com.