Bullets and Maggots: Crack the Code, Can you? 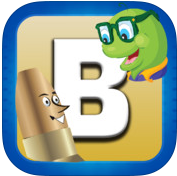 I am very fond of quizzes. There are many adventure games available in the App Store and lots of new good games in that genre are released daily. But I think that the quizzes belong to a grey area where not many good games are available. Though the number of games is big, only a small fraction of them are really good. The reason can be that as a developer, you need to outwit each and every user and that’s something really difficult. It means that you are the Sherlock Holmes of your game and you have to beat every single mind working against you. So today we have such a game that is something “out of league” of usual quizzes we have played so far. Let’s check it out! Bullets and Maggots has been released for iOS, Android as well as Blackberry and is soon to be released for Facebook as well. For iOS, the app is compatible with iPhone, iPod touch and iPad and requires iOS 4.3 or any later version of the OS. The app has also been optimized for iPhone 5.

The game is very simple. You will be playing against an opponent. You’ll set a code that can consist of either numbers or letters but not both. The code length may range from 4-7 alphabets. You can set your code yourself or the app will create one for you. Then you’ll ask the opponent to guess your code from the given numbers of alphabets. Similarly, your opponent will ask you to guess his/her code and you both will submit your codes turn by turn until you guess it right. The first person who finds the right code will win.

Now, you must be wondering that it’ll take years to guess the right code and there are millions of possibilities if you’re good at permutations and combinations! So every time you submit your guess, your result will consist of bullets and maggots. So take a look at the past results, analyze them and only then can you hope to take the better of your opponent. I won’t be detailing what bullets and maggots are or any other rules as you can find them on the application’s iTunes page as well. You can play the game using your Facebook or Twitter account or as a random player as well. It’s a turn based game and therefore you’re free to take your time. However, it kind of makes the game sluggish. Though you get the notifications each and every time it’s your turn, but the number of attempts may go higher and you start losing interest. But there’s a remedy to this problem as well. You can play up to 21 games at a time to keep yourself busy and that very much fills up the gap.

The app is available for free though the Premium version costs $2.99. So don’t forget to check it out in the App Store!

Pros: interesting gameplay; play up to 21 games at a time; play against friends or random players; free.