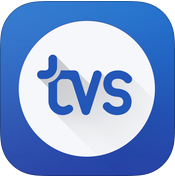 Do you enjoy watching TV series like Dexter, Game of Thrones, Sherlock Holmes, etc? Are you addicted to them so much that you curse yourself every time you miss an episode because you forgot the show timing? It’s quite understandable because missing even a single moment can drag you behind and the rest of the show becomes a puzzle to you and you finally have to ask your friends about what you missed. So here’s something that’ll keep you in loop forever and make sure you never miss your favorite episodes. I’m talking about the latest iOS app called TV Shows that has been developed by Sergey Astakhov. The app is compatible with iPhone, iPod touch and iPad and requires iOS 7.0 or any later version of the OS. TV Shows is an app that gives you the show timings of each and every show airing or about to air and I literally mean every show. So right now they have a stock of about 880000 episodes from 31000 different series. The numbers are huge but don’t you worry; they have everything well sorted out. It’s obvious that nobody watches everything. Everybody has his/her own priorities and finally it zeroes down to 10-20 different series that are on your wish-list. So do ensemble such a wish-list in the app and then you’ll automatically be notified about any updates or changes in the schedule of the series. If you’re not worried about the upcoming shows and rather want to know where you can find your favorite show right now, then just type the name of the Tele-show in the search box and you’ll get all the details about the show timings as well as the service where you can buy it. Other details such as the star cast, director, number of episodes, episode duration, trailers, summaries, etc can also be found there. In case you’ve just reached home and you want to see whatever’s best for the day, then check out the ‘Today’ section and you’ll find a list with the most rated episodes at the top.

There’s an in-app episode calendar that, as its name states, shows you all the episodes for the entire month. Your favorite episodes are marked with a heart. If you want to filter it and remove the irrelevant stuff, you can d o it very easily.

Remember, you cannot actually watch TV Shows in this app. But it’s the coolest and smartest way to keep track of your favorite shows. The app is available for free in the App Store. So don’t miss out on your episodes anymore. Get TV Shows today!