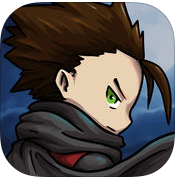 Ninja master! Welcome to the adventure of dragon rush. I think we all are going to enjoy these games. So the game should be started with the king or queen in rush with magical old stories.

The most realistic control in ninja rush it suddenly changes into some environments with the colorful world and collects the gold coins and gems as you run, rush, slide, and jump. I think! Ninja rush is very easy to play and most exciting challenging levels and racing the top flying on own way. Beware of some spiky bamboo, walls, snakes, and angry red bulls they are trying to kill ninja so avoid those guest! So you must overcome the deadly Shurikens.

The fun game has some rule to play with flying rockets, power-ups, giant potions, magic wands, Rainbow Bridge, flying stars and powerful magnets. By these properties, we get the boost to next level and also get some strong more than deadly guest.

You have to be strong, and fast in ninja rush game to upgrade the power-ups, and gather mountain animals, and pets to grow your skills. Be the ultimate star shadow of ninja rush! Now the new style of Dragon ninja rush game is more responsive and control touch to play on the screen. By playing these games we get more coins and reward to gain the best ranking and to challenge the opposite players.

Its ninja rush action! I feel very happy and thrilled in my life. I had never seen such a game like these. I feel very proud to play at that time will move with the magical dream ride.

I had an endless stunning and challenging levels to make very happy the game end!

Friends are you ready to play the game:

Some features awaited you:

I impressed with that game is just amazing, and make me chill. I hope you guys will enjoy these games with lot of happiness. Thank you for making great stuff.