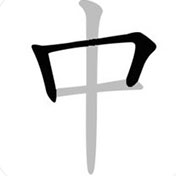 While I consider myself a traveller, one of my favoriteapps to learn Chinese writing isChinese Strokes Order developed by JianShengRen. There’s nothing quite like being satisfied able to use this app and keep my business tour successful.Though I’ve gone through most of the learning apps on the App Store by now, I can’t help but keep my eyes peeled for new ones that hit the market. And Chinese Strokes Order developed by JianShengRenis certainly one of my new favorites.

Learning Chinese could be scary and seems impossible at the first glance. It seems like scary blocks of words if people don’t know the idea of how they were formed. Before you begin learning Chinese writing, you require knowing how to write them first. Strokes are the classified set of line patterns which are arranged and combined to form Chinese characters.

Once people mastered the strokes and learned the logic behind the radicals, learning Chinese writing would become simpler.If you want to learn the Chinese strokes then one could easily use this app in better way.

Chinese Strokes Order is all about the app which has effective cross-platform learning tool that would definitely assist you to learn the strokes order. It’s perfect for any Chinese learner that owns a smartphone or tablet. Apart from useful for learning to write and recognize the Chinese characters, this popular app also offers the meaning of those characters.

The users have to do is simply type in a Chinese character and allow tge app show you its animated stroke order instantly. They could simply change the stroke speed in tge app’s settings. It also assists a lot for calligraphy and visualizes stroke order.